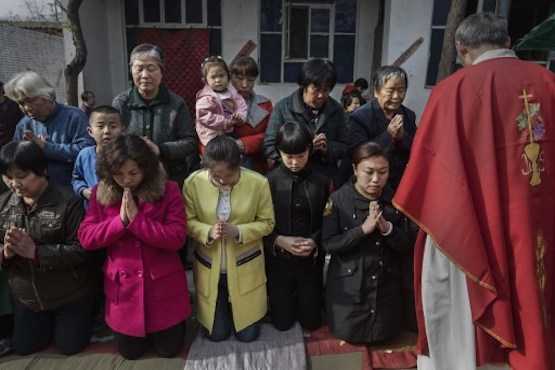 A respected Christian human rights lawyer has been convicted of “subversion of state power” at a secret trial in China, almost two years after he was first detained in a sweeping crackdown.

Li Heping was sentenced to three years in prison with a four-year reprieve, the court in the eastern city of Tianjin said on an official social media account, meaning he should be released but could be arrested and jailed at any point, the Guardian newspaper reported.

The trial was held behind closed doors last week because “the case involved state secrets”, the court said, but was only just announced.

Li was swept up in a nationwide crackdown on rights lawyers and activists in July 2015, where police detained or questioned about 250 people.

Li’s case drew attention around the world, and EU officials, as well as the embassies of 11 countries, called for his claims of torture while in custody to be investigated.

“A suspended sentence does not mean he’s free until we actually get to see him and he’s allowed to speak freely, and given what we’ve seen in the past that probably won’t happen,” said Eva Pils, a professor at King’s College London and longtime friend of Li.

Li became well known for defending the disenfranchised, including Christian house churches, victims of forced evictions and free speech advocates. He worked within the scope of China’s legal system, rather than taking to the streets in protest. One Chinese security agent reportedly once told Li that the state considered him “more dangerous than Bin Laden.”