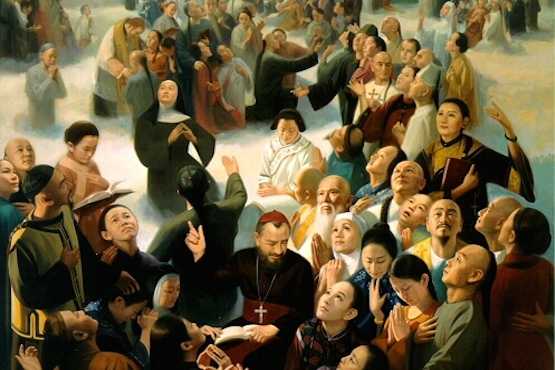 Chinese authorities continue to vilify martyrs who died in the country even as the Catholics venerate them as saints.

A museum in Dingan, Guangxi Province was opened to promote patriotism. The execution of Father Auguste Chapdelaine (1814-56) is its main theme as is the condemnation of the "spiritual opium" of religion, according to reports.

French Father Chapdelaine is one of the 120 martyr-saints of China canonized by Pope John Paul II in 2000. The day after the canonization, China's official Xinhua News Agency released an article entitled The True Nature of Vatican Saints in which it accused the missionaries, including Father Chapdelaine, of "enormous crimes."

Anthony Lam Sui-ki, senior researcher of the Hong Kong Diocese's Holy Spirit Study Centre said Father Chapdelaine was accused of collaborating with corrupt local officials and raping women. But in fact he was confused with a bandit called Ma Zinong who lived in the late Qing Dynasty period.

"Even though many scholars have given evidence that the priest was innocent, the official perspective of the central government does not change. It is inevitable that the local authority will adopt a hostile view," Lam told ucanews.com.

The exhibition is believed to be the decision of a lower-level administration, said Lam, a China Church expert.

Besides the 120 Chinese martyr-saints, other martyrs who are on the way to sainthood were also ignored by Beijing. Bishop Frans Schraven of Zhengding was murdered in 1937 by the Japanese for trying to protect hundreds of Chinese women and young girls.

The Dutch bishop, who is in the process of being beatified, is honored in his home village of Lottum, according to a report in the Sunday Examiner.

"There should be no dispute on Bishop Schraven's case," Lam said.