Beijing residents advised not to leave the capital unless necessary People queue to be tested for Covid-19 at a nucleic acid collection station in Beijing on Oct. 25. (Photo: AFP)

Tens of thousands of people in northern China were placed under strict stay-at-home orders today as authorities sought to stamp out a growing Covid outbreak in the run-up to the Beijing Winter Olympics.

Residents of the Chinese capital were also advised not to leave the city unless necessary, although regular transport services out of the city continued as normal.

China reported 39 new cases today, bringing the tally from the latest Delta variant-linked outbreak to more than 100 cases over the past week.

The numbers are extremely low compared with most other places in the world, but China has pursued a zero-case strategy throughout the pandemic and authorities are determined to stamp out the latest outbreak with the Winter Olympics just over 100 days away.

Several housing compounds in the capital have been locked down, and organisers on Oct. 24 indefinitely postponed a marathon at which 30,000 runners were expected.

And at a press briefing, Xu Hejian, vice minister of Beijing's publicity department, advised people against large gatherings and "unnecessary" travel out of the capital.

A stay-at-home lockdown started today for around 35,000 people, including tourists, in Inner Mongolia region's Ejin county

Those entering the city from areas with Covid cases must show a negative test, officials said.

Health officials have warned that more infections may emerge as testing is ramped up in the coming days to fight the outbreak, which has been linked to a group of domestic tourists that travelled across China.

Authorities suspended inter-provincial tour groups in five areas where cases have been detected, including Beijing.

Northern China has accounted for the majority of cases, with mass testing under way in 11 provinces. A stay-at-home lockdown started today for around 35,000 people, including tourists, in Inner Mongolia region's Ejin county.

Some cities, including Gansu's provincial capital Lanzhou, and parts of Inner Mongolia have suspended bus and taxi services and closed tourist sites.

In the central city of Wuhan, where the coronavirus was first identified in late 2019, organizers abruptly canceled another marathon on Oct. 24 that was expected to draw 26,000 participants. 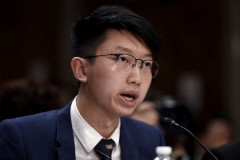