Questions are religion related, appear to be aimed at Muslims

Schoolchildren in China's northwestern Xinjiang province say the government is asking them to tell them who in their family prays, who wears a hajib, and who sports a beard, reports RFA.

Sources told RFA's Uighur Service that all middle and high school students in two prefectures are required to fill out questionnaires about their family related to the religious activities and possessions in an action that seems aimed at the restive region's Muslim Uighurs.

"After we finish filling out the form, we take it to school, and the school collects them," said one student from a village school who spoke on condition of anonymity to RFA.

"They do it every year," the student explained. "We are on summer break, but we are gathered at the school every Friday, and they tell us not to do any religious activities and such."

Minors are already banned from entering mosques in the province, which is home to an estimated 12 million Uighurs. Last year authorities passed a new law banning burqas and other face-covering Islamic dress in the region.

The Chinese government says it is cracking down on what it calls religious extremism in the region. 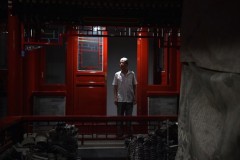 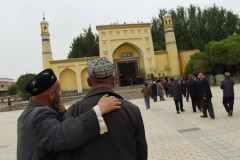