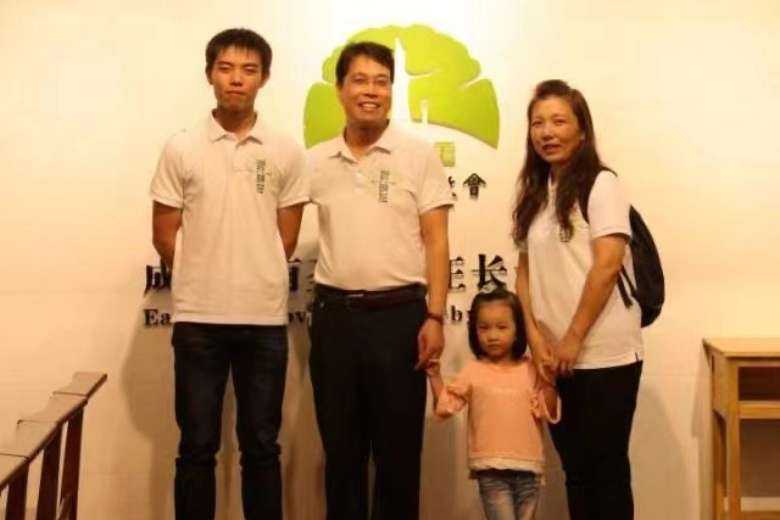 Protestant pastor An Yankui of Zion Reformed Church in Fenyang in Shanxi province of China with his family members. An was arrested last week on charges of illegal border crossing. (Photo: China Aid)

Chinese authorities have arrested a Protestant pastor on charges of illegal border crossing nearly two years after he joined a religious conference in Malaysia.

“As per the Criminal Procedure Law of the People's Republic of China Article 82, on November 22, 2021, our bureau criminally detained An Yankui, who was suspected of illegally crossing the national border, and he is detained at Fangshan County Detention Center at present,” the detention notice reads.

An Yankui and Zhang Chenghao, a co-worker of the church, were detained by public security agents after Sunday service on Nov. 21. There was no update on their whereabouts for over 24 hours. As their family members made frantic phone calls, authorities served the detention notice.

Their detention follows the arrest of five members of Zion Reformed Church in Fenyang in July. Zhang Ligong, Wang Runyun, Zhang Yaowen, Wang Shiqiang and Song Shoushan were part of a church group who joined the Gospel and Culture Conference 2020 organized by Stephen Tong Tjong Eng in Kuala Lumpur, Malaysia.

All held official passports of China and entered Malaysia legally, but they have been charged with illegally crossing the national border, China Aid says.

Family members of the arrested Christians said authorities asked them to join the state-controlled Three-Self Churches on multiple occasions, but they turned down the request “gently and affirmatively.”

Yao Congyao said uniformed and plain-clothed officials raided their home on Nov. 21 and escorted her husband An Yankui and her out of the home. Besides arresting An, police also seized all electronic devices and some books.

Yao lamented that An had a valid passport and visa when he visited Malaysia for the week-long trip early last year.

She made a prayer request to members of the church seeking An’s release and reminded them to be cautious to avoid similar charges.

“I sent out the prayer request in the hope that you all can lift us up and comfort the family members we are concerned about. Most of all, I want to give a warning to each person that you should use caution if you travel abroad so as not to be charged with illegally crossing the national border," Yao reportedly said.

Officially recognized religious groups and their activities are strictly controlled by the state in China.

The authorities attempt to control Catholic Church with two state-sanctioned bodies — the Chinese Catholic Patriotic Association (CCPA) and the Bishops’ Conference of Catholic Church in China (BCCCC). Protestant churches are required to pledge allegiance to the Three-Self Churches.

Religious groups, their members and clergy face punishments including violence and jailing if they are charged with violating repressive legislation such as the 2018 regulations on religious affairs and the policy of Sinicization, a political ideology seeking to impose strict rules on society and institutions based on the core values of socialism, autonomy and supporting the leadership of the Chinese Communist Party.