The vote came after a year of protests, many violent, against the country's economic and political system 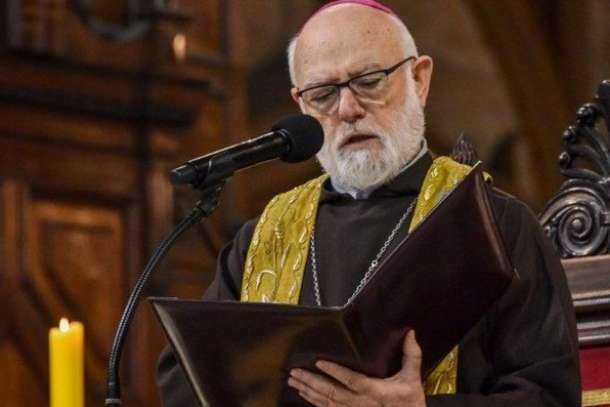 Cardinal-designate Celestino Aós Braco will take on his new role at one of the most critical times for Chile and its church in the past three decades.

The 75-year-old archbishop of Santiago received word about his elevation to the College of Cardinals Oct. 25, the same day Chileans voted overwhelmingly in a referendum to rewrite the country's constitution. The vote came after a year of protests, many violent, against the country's economic and political system.

The new cardinal, a Spaniard who was first sent to Chile in 1983, is aware that he will be at the helm of the church in Chile as the country works through the constitutional process and as the church continues to untangle a sex abuse scandal that has kept it on edge for a decade. He had served as bishop of Copiapó from 2014 to 2019, when he was named administrator, then archbishop, of Santiago, amid the clerical abuse scandal.

In the first interview since his appointment, Cardinal-designate Aós told Catholic News Service: "I hope that the people who write constitution will include fundamental values that correct flaws that led to the violence. We have to stay on the path of understanding and dialogue."

It is going to be a long process, with many moving pieces. Chileans will elect members to a constitutional convention next April. They will have a little more than a year to finish the work. The new constitution will be submitted to a vote in August 2022. It will be the third constitution in nearly 100 years.

The deliberations will not only center on legal discussions, but sensitive issues already provoking debate, including the role of extractive industries as the motor of growth -- Chile is the world's leading copper producer -- and the country's recognition of indigenous populations, particularly Mapuche indigenous peoples in southern Chile. The Mapuches are pushing for reparations, including return of lands.

"The church there (in the south) is doing all it can to ensure peace. It is complex, with demands that go back many years," said Cardinal-designate Aós.

A central issue for the new cardinal will be the continuing revelations of sexual abuse in the church, symbolized in Chile by the case of Fernando Karadima, a former priest. While more than 100 priests in Chile have been investigation, the Karadima case attracted international attention, leading to the resignation of three bishops. Pope Francis, who has taken a special interest in the Chilean case, defrocked Karadima in 2018.

"The wounds are there and they are difficult to heal," said Cardinal-designate Aós. "We are working, but it will take time to reach truth and justice."

The cardinal-designate said there are three steps. He said the church needs to understand what happened, study how it happened and, finally, figure out what is needed for it to never happen again.

"We have to make sure that these crimes and monstrosities are not repeated. A priest commits to serve God, serve his brothers and sisters. The abuser does not give life, but takes it away," he said.

The Santiago archbishop and Capuchin Franciscan will be one of 13 new cardinals, but he is not sure he will be able to get to Rome for the Nov. 28 consistory given the restrictions caused by the pandemic.