Chile scandal taints one of pope's inner council of cardinals 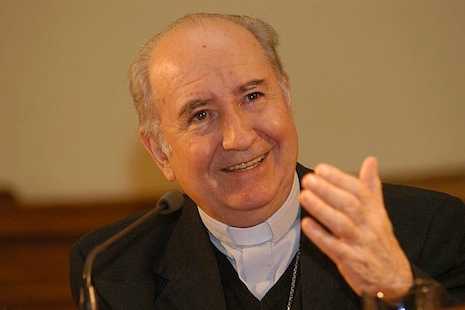 Home today is an apartment in Society Hill, Philadelphia, but when Juan Carlos Cruz was growing up in Chile in the 1980s, his family lived close to El Bosque, "the forest" -- a tree-draped park avenue and a prime neighborhood in Santiago, the capital city. It was also home to a charismatic pastor, Fr. Fernando Karadima, surrounded by well-dressed boys from top schools, and later unmasked as a sexual predator.

"We were a close family, with grandparents nearby and many friends in the area," Cruz, now the head of a communications division for a Fortune Global 500 company, told NCR in recent interviews.

Everyone he knew growing up was conservative. His father was a banker who moved the family to Madrid after Salvador Allende, a Socialist, was elected president of Chile in 1970. Cruz attended middle school in Spain.

After Allende's death in the 1973 coup that launched Gen. Augusto Pinochet's dictatorship, the family moved back to Chile. In El Bosque, which was untouched by torture or disappearances, Pinochet was popular -- and a figure of praise in Karadima's sermons.

The priest had a magnetism that entranced Cruz. He was 15 when his father died, and he sought solace in Karadima. Six years later, Cruz entered a diocesan seminary.

Nothing in those back pages prefigured the catalytic role that Cruz and other men would play in 2010, when they revealed their teenage traumas to the Chilean media, pushing Karadima into the spotlight as a sexual abuser of minors and forcing a Vatican investigation.

The Congregation for the Doctrine of the Faith probe also made news. In 2011, the Vatican conducted an investigation and ordered Karadima into a secluded "life of prayer and penitence" -- the same sentence the congregation had given Legion of Christ founder Marcial Maciel Degollado in 2006, when he was 86 years old.

Like Maciel, Karadima, who today is 82, created a cult of personality in conservative folds of society.

He is apparently still at it. News outlets recently ran cellphone photographs of Karadima saying Mass for followers, flouting the Vatican order. According to another press report, he has sworn his innocence on a tabernacle to priest friends.

Karadima has become a symbol of the Vatican soft-glove punishment style and of how civil statutes of limitations prevent authorities from prosecuting sexual criminals in the church.

The Karadima saga also has reverberations for Pope Francis.

Last year, Francis named Cardinal Francisco Javier Errázuriz Ossa, Karadima's most powerful defender, as one of eight cardinals on the commission advising him on Vatican reforms. Errázuriz refused to act on a victim's allegations in 2003, telling the priest not to worry, according to news accounts and legal testimony.

"Why would Pope Francis, who's trying to clean up the church, pick a man like Errázuriz who has done so much harm to so many by his actions?" Cruz asked. "Errázuriz said he did not believe us, and minimized sex abuse cases. Ezzati has done the same thing. Why are men like this confidantes of the pope?"