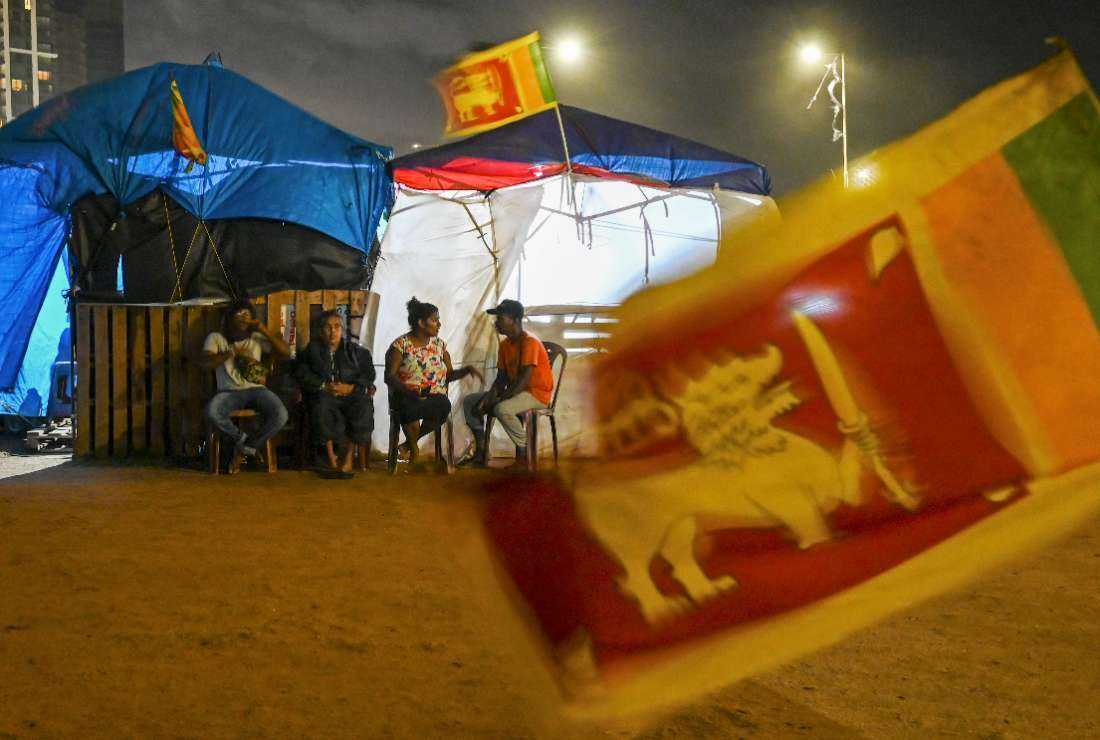 Protesters sit at their makeshift camp during an ongoing protest amid economic crisis near Presidential Secretariat in Colombo on Aug. 3. (Photo: AFP)

Children in Sri Lanka are "going to bed hungry" because of the island nation's economic crisis, the UN said Friday, warning other South Asian countries could be approaching similar shortages.

Sri Lanka is grappling with its worst downturn on record after running out of foreign currency to buy imports, leaving scarce supplies of food, fuel and other essentials.

The crisis was being acutely felt by families who were "skipping regular meals" because kitchen staples were becoming unaffordable, said George Laryea-Adjei, the South Asia director for the UN children's agency (UNICEF).

"Children are going to bed hungry, unsure of where their next meal will come from," he told reporters.

Sri Lanka defaulted on its $51 billion foreign debt in April and is currently in bailout talks with the International Monetary Fund.

Soaring energy prices in the wake of Russia's invasion of Ukraine have also battered neighbouring economies, and Laryea-Adjei said other countries in the region could face their own nutrition crises.

"Acute economic precarity and inflation across South Asia is poised to further threaten the lives of children," he said.

"What I saw in Sri Lanka is a caution for other countries in South Asia."

UNICEF has issued an appeal for $25 million to meet urgent needs for at least half of Sri Lanka's child population.

The government this month issued its own appeal to tackle rapidly spreading malnutrition among children.

Since then, officials believe the figures have skyrocketed because of the full impact of food shortages and spiralling inflation.