Legal battle may move up to higher court 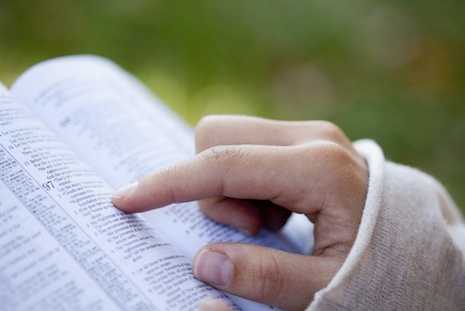 A Texas judge on Wednesday ruled that the "Bible banners" waved by cheerleaders during football games in a small school district are constitutionally protected free speech and that the tradition will be allowed to continue.

No law "prohibits the cheerleaders from using religious-themed banners at school sporting events," State District Judge Steven Thomas wrote in a two-page final ruling. He had temporarily ruled in favor of the cheerleaders in October.

For generations it has been a tradition in Kountze, a town of 2,100 in the Piney Woods of east Texas, for cheerleaders to write Bible verses and religious messages - such as, "If God is with us, who can be against us?" - on large sheets of paper. The football players run through the banners when they take the field for home games.

The Freedom From Religion Foundation, a Wisconsin-based group that promotes the separation of church and state, sent the Kountze superintendent a letter last fall, complaining that the banners were a violation of the Establishment Clause of the U.S. Constitution's First Amendment, which states that the government "shall make no law respecting an establishment of religion."

When the district tried to block the use of the banners in response to the group's letter, the Texas-based Liberty Institute, a group that says it is "dedicated to defending religious liberty in America," sued the school district on behalf of the cheerleaders.

"This is a victory for students across the country," Liberty Institute General Counsel Jeff Mateer said of the ruling. "The message that this decision sends is it is impermissible for the government to ban the private speech of students."

"The cheerleaders represent the school," she said. "When they misuse their public podium to tell a captive audience that some of you have the right religion and the rest of you need to convert, that is not only bad law, that's bad manners."

The judge ruled that the messages on the banners "have not created, and will not create, an establishment of religion in the Kountze community."

Gaylor said she expects the case to move to federal court.

"We are hoping that students, parents, and faculty members will come forward when this practice continues and we will be able to sue in federal court where this case really belongs," she said.

Texas Governor Rick Perry celebrated the ruling in a statement on Wednesday.

"Today's ruling is a win for free speech and religious freedom," Perry said. "The Kountze High School cheerleaders showed great resolve and maturity beyond their years in standing up for their beliefs and constitutional rights."