Richard Daschbach is charged with sexually abusing minors at a shelter he founded in Kutet, Oecusse 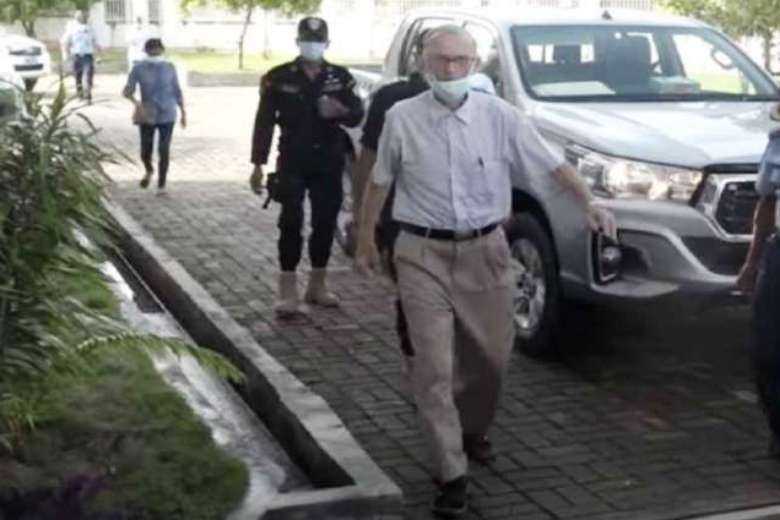 The sex abuse trial of Richard Daschbach, a former priest and missionary from the Society of the Divine Word (SVD) in Timor-Leste, has entered the final stage after a series of hearings ended last week.

Prosecutor Matias Soares confirmed to UCA News that the verdict will be read on Dec. 21 after the trial ended on Nov.  25.

The trial began in February at Oecussi District Court, 200 kilometers west of capital Dili, in what was recorded as the first case in the Catholic-majority country charging a clergyman with sex abuse in a civil court.

Daschbach was charged with molesting young girls and possessing child pornography, besides domestic violence, at Topu Honis, a shelter he founded in 1993 in Kutet, Oecusse. He faces up to 20 years in prison.

Soares declined to explain the sentencing charges against the former US-born priest "because it is the court’s secret."

Meanwhile, a source close to the alleged victims hoped that Daschbach would get the maximum sentence given the impact on them.

While nothing can fully erase the pain and damage he has caused, a guilty verdict will be one step closer to healing for the victims

“It has been nearly four years since victims brought the allegations of Daschbach's abuse to SVD officials. They have waited long enough for justice, and we anxiously await the reading of the verdict after this long, painful trial,” the source told UCA News on Nov. 29.

“While nothing can fully erase the pain and damage he has caused, a guilty verdict will be one step closer to healing for the victims.”

The trial, which had been postponed several times, took place under pressure from Daschbach's supporters, including national political figures, who still regard him as a hero for helping in the struggle for independence from Indonesia.

His supporters use social media to attack the alleged victims and their supporters, including public prosecutors and non-governmental organizations.

Meanwhile, the country's Catholic Church has repeatedly called on people to support the legal process, stressing that Daschbach confessed to his crimes during church investigations and was sacked by the Vatican in November 2018.

In a letter issued in July to priests, deacons, nuns and seminarians, Archbishop Dom Virgilio do Carmo da Silva of Dili said the Vatican's decision to dismiss him "came from a deep and lengthy process that led to a final decision."

Daschbach, 84, also faces charges in his home country, with seven counts, according to the US Department of Justice.

If extradited, he could face a maximum sentence of 30 years in prison on each count, the department said in an Aug. 27 statement.