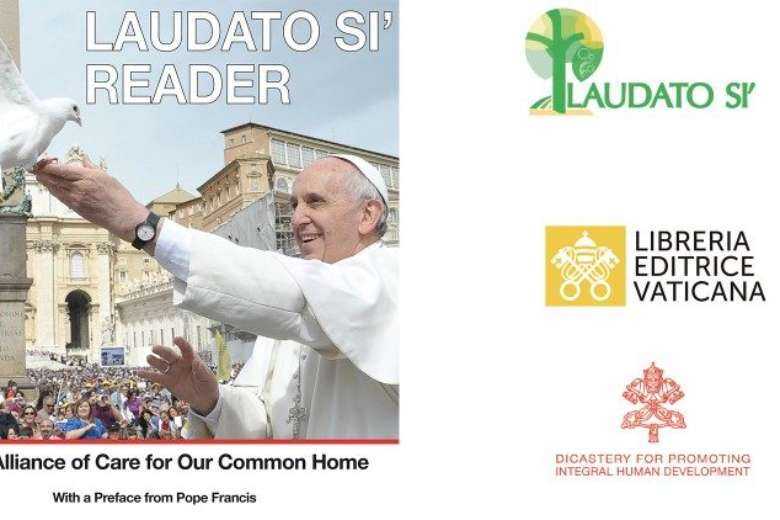 Despite the disappointing outcome of the COP26 summit on climate change, Pope Francis said he knows it is not too late for humanity to act to combat environmental destruction and increasing poverty.

The ecological crisis, the social crisis of poverty and exclusion and the health care crisis provoked by the Covid-19 pandemic are calling out "for us to change gear, to change bad habits in order to be able to dream, co-create, and act together to realize just and equitable futures," the pope wrote in the preface to the Laudato Si' Reader.

The book, available in print and as a free e-book from the Dicastery for Promoting Integral Human Development, includes the preface from Pope Francis, a message from António Guterres, secretary-general of the United Nations, and reflections by dozens of people involved in Catholic environmental, peace or charitable agencies, ambassadors, scientists, academics, young people, farmers and Indigenous people.

In his preface, Pope Francis wrote that the pandemic makes it clearer than ever that "it is time to develop a new form of universal solidarity that is grounded in fraternity, love and mutual understanding: one that values people over profit, one that seeks new ways to understand development and progress. And so, it is my hope and prayer that we do not come out of this crisis the same way we entered it!"

With so many young people so committed to fighting climate change and advocating for a more human way of organizing social and economic life, he said, "we must listen to them with open hearts. We must follow their lead, for they are wise beyond their years."

Climate change has accelerated, giving the world a new normal of fires, floods and storms of epic proportions

"This is a moment to dream big, to rethink our priorities -- what we value, what we want, what we seek -- and re-plan our future, committing to act in our daily life on what we have dreamed of," the pope wrote. "The time to act, and to act together, is now!"

In his message, Guterres wrote that people tend to overlook "the spiritual dimensions of the work of the United Nations," but the values that it promotes -- "peace, justice, equality, the dignity and worth of the human person -- echo the teachings of the world's religious traditions and summon us all to reduce human suffering."

The message of Pope Francis' encyclical is even more compelling today, he said. "Climate change has accelerated, giving the world a new normal of fires, floods and storms of epic proportions. The Covid-19 pandemic has been a grievous blow, upending lives, damaging economies and plunging families and communities into suffering and sorrow."

"Humanity is waging war on nature," he said, but "nature always strikes back -- and is doing so with gathering fury and force."

"Making peace with nature must be a priority for the 21st century," Guterres wrote, and while that is an "epic policy test," it is even more "a moral test."

"This is a moment of truth," he said. "If we persist with the old ways of inequality, injustice, hatred and heedless dominion over the Earth, we face disaster. Just as we need a cease-fire on traditional battlefields, so must we end our war on nature."