Central Philippine bishops all fired up against coal Catholic bishops in the central Philippine region of Negros have attacked proposals to build coal-fired power plants in their areas.

Prelates from four dioceses in the island region urged Catholics to "safeguard the gains and successes" achieved so far in improving renewable energy sources.

In a statement released on Nov. 23, the church leaders appealed to the government and to electric companies "not to entertain anymore any proposition to build a coal-fired power plant."

The bishops from Bacolod, Dumaguete, Kabankalan and San Carlos dioceses said there were already nine solar power plants, eight biomass plants and 10 hydropower plants across the Negros region with a combined capacity of 579.43 megawatts.

The prelates said their dioceses are increasingly demonstrating that "sustainable energy practices work for us and for our communities."

They cited Pope Francis' call for ecological conversion and for humanity to reduce the consumption of coal and other fossil fuels that have become major contributors to climate change.

At present, the coal-reliant Philippines has 28 operational coal-fired power plants and another 28 proposed coal projects across the country.

Manila Cardinal Luis Antonio Tagle also noted in an earlier statement that the poor suffer greatly from climate change and fossil fuels are among the "main drivers of this injustice."

"These are strongly indicative of the bright future of renewable energy all throughout the province," read the bishops' statement. 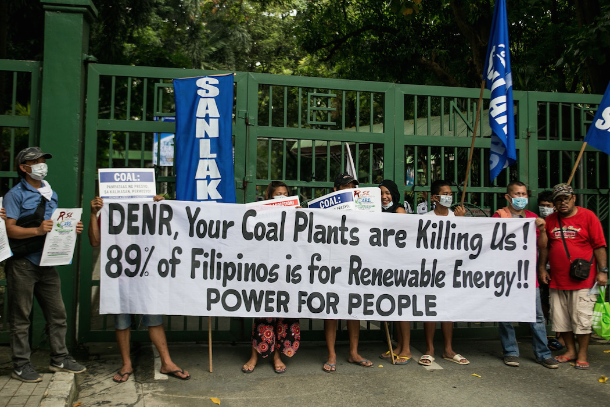 Negros Occidental has been called the "renewable energy capital" of the Philippines. The Department of Energy has gone further by saying that with Negros Island's renewable energy sources, it is poised to become an entirely "green" region by 2030.

The bishops said coal-driven power "will never truly be cheap, especially when we factor in the environmental, social and health costs associated with its use."

"Let us stand firm together in Negros — with each other and with our civic leaders — to oppose any new coal-fired power plants and to phase out those still in operation," they said.