The Church in Central Asia is shedding off its Polish and German images as more local people take on leadership roles, says Bishop José Luís Mumbiela Sierra, the president of the newly constituted Catholic Bishops' Conference of Central Asia.

The conference constituted in April 2022 covers the bishops in Kazakhstan, Kyrgyzstan, and Uzbekistan, and the heads of Catholic structures of Tajikistan and Turkmenistan, which were part of the former USSR. Besides, the new conference also includes Ulaanbaatar, the lone diocese in Mongolia.

Following the breakup of the USSR, Pope John Paul II in 1997, created the Apostolic Administration of Kazakhstan as a mission sui iuris. Later in the same year, its territory split off to create administrative units in Kyrgyzstan, Turkmenistan, and Uzbekistan.

The 53-year-old Bishop Mumbiela Sierra of Almaty attended the Oct 12-30 meeting of the Federation of Asian Bishops Conference in Bangkok representing the Central Asian Conference. The Spanish-born missionary speaks about the growth of the Central Asian Church in the following interview.

Is the new bishops’ conference in Central Asia a member of the FABC?

The Church in Kazakhstan, and other central Asian nations, are considered part of Asia, and we believe we belong to the FABC.

Kazakhstan’s bishops have had a conference since 2003. But that conference became part of the newly created Catholic Bishops’ Conference of Central Asia around last Easter. We see it as a new way for us. We are very happy that Mongolia was also included in our conference.  Our conference is new but we bishops know each other because each year we have been meeting.

We have been invited here (for the FABC meeting) because we are officially a member conference of the FABC.

I love the history and the presence of the Catholic Church across Asia. For example, Indian Christians claim the Apostolic tradition of St. Thomas. Some others in Asia have the Nestorian Church. But in Central Asia, Christianity began after Franciscan missionaries arrived at the Chinese border in the 14th century. Later in the territory of Samarkand, a diocese was established under Italian Dominicans.

Our Catholic communities are at least 500 years old. But they are different, in the sense, they are not homogenous. Catholics of the Soviet Union were seen as having Polish or Germans origins, going go back to European roots. But that period has past. Our communities are more local now and it’s a new page in our history.

When I listen to the bishops here in the FABC, I realize that we are a minority in our country, but a  different kind of minority. In some countries in South Asia and East Asia, Catholics are in the millions. But bishops say they a minority. But that is not the case in central Asia.

For example, the whole of Kazakhstan has only less than 200,000 Catholics in its three dioceses. Official statistics say we are 1 percent of Kazakhstan’s population (of some 20 million people). But the real figures in our churches are way less ... maybe some 4,000 Catholics attend Sunday Mass. In Almaty, there are two million people, and the one percent should be 20,000 Christians. But How many would come for the Sunday Mass? Maybe 300, and on feast days, maybe around 500.

Our Churches are more Central Asian than European. It is a new hope for the Church in Central Asia. We have to start again. It is a very inspiring thought, but also a challenge for us. It is wonderful to see the beginning of life.  We are the embryo of the Church for the future of the Church in Kazakhstan and the rest of central Asia because the period of Polish and Germans dominating is over.

How do you find the FABC sessions?

I don't know much about Asia because Kazakhstan is on the far end of Asia. In Kazakhstan, I don't read Asian news, because they all come in English. Our world is the former Soviet Union, and all of us are working and thinking in the Russian language.

Also, our people study in the Russian language or local languages. English is the third or fourth language. But we are not Russian. We have our own national identity. Here in this part of Asia, to a certain extent, English is the common language. For me, English is more difficult than Russian.

I don't know about the concrete reality in Asia. Little by little by listening and discussing, I can understand better the concrete situation of each country — the political and ecclesiastical situation and the mind of the leaders.  This meeting is a good vehicle for understanding the diversity of Asia. We, the Catholics in central Asia, are a bridge — a bridge between Asia and Europe.

How come a Spaniard is the bishop of Kazakhstan?

My seminary studies were done in Spain and I came to Kazakhstan in 1988 as a missionary. In 2008 I went to teach in the seminary. As its rector and director, I taught philosophy and theology for five years.

Kazakhstan had vocations also during the time of the Soviet Union, particularly in the dioceses of Karaganda, where the deportees from Germany and Poland were. There are vocations to the priesthood and the Religious life which sound unbelievable, but there are a lot. During the Soviet era, they studied in Latvia.  We have vocations from different roots — Polish, Russian, and Kazakh roots, mixed from different areas.

How do you look at your role as a bishop and a missionary?

My mission in the Church is first to be a good Christian, a good disciple of Jesus Christ. That is the primary call. Baptism is an important and empowering sacrament. We should not forget the power and richness of baptism. All us bishops, priests, and laypeople are first of all the disciples of Jesus because of the power of the sacrament. This is the most important — to give the witness to the Gospel. I think the first concern is to empower people with the reality of baptism. Dialogue with the world is the primary witness of the laypeople in the world. A bishop cannot do this dialogue as effectively as laypeople. This dialogue of the gospel with the world is the witness of the laypeople in the world.

Do you have local vocations?

Currently, in Kazakhstan, we have 15 local priests.  There are around 100 missionary priests from outside. This means that we have around 15 percent of local vocations. We are a missionary Church. For example, it depends on missionaries from congregations such as the Jesuits.

The first Catholic major seminary — Mary, Mother of the Church — was established in 1998 in Karaganda. It is an inter-diocesan seminary and the only major seminary in Central Asia. A native Kazakh priest is the rector of the seminary now.

There are 15 vocations this year in the seminary, some six of them from Kazakhstan. We have also candidates from Georgia in our seminary. So we have seminarians from Uzbekistan, Kazakhstan, Georgia, and one from Russia too.

The number of nuns is more. Some people, for example from Kazakhstan, are serving in foreign missions.

How challenging is the mission amid different cultures and identities?

My experience in Kazakhstan is that the simplicity of the Gospel is the key. There are a lot of traditions. But sometimes these traditions do not help us find the Gospel. Tradition and the Gospel sometimes clash.

And we should not look for traditions. We have only the gospel, the Eucharist, the rosary … it’s all simple, very simple. And the people, people without Christian roots, come to us. There are a lot of conversions.  We do not have big manifestations of our faith such as the charismatic shows with people filling a football stadium. No. Nothing.

We have only the images of Jesus Christ and his message in the Gospel. The message goes to the heart of these people, and the Holy Spirit moves their hearts and they come to church.

Sometimes I think the bishops of Europe are always depressed because of migrants who are entering their churches. They say that such people don't understand the local culture and the Church. But I say it is a joyous occasion. Take these new people, like new oxygen for the communities. It's wonderful, really wonderful.

When I was the rector in the seminary, I used to tell my seminarians: we believe the Church is one, holy, and Catholic, or universal. Do you believe that? Being Kazakh is Catholic. Catholicity includes Kazakh identity. You can’t say that we believe in the Catholic Church, and we don’t love the Catholicity of the Church.

How did Pope Francis’ visit in September help your Church?

When the Pope was in Kazakhstan (Sept 13-15 to attend the Seventh Congress of Leaders of World and Traditional Religions). I told my people that the presence of the pope in that congress showed that people look up to the Church as a force for unity.

The Holy Father is for unity and peace in the world. He can unite different religions and different cultures for the good of humanity. He is a unique person in the world who can do that because he is free from other interests such as economic or political.

His message in Astana was for unity. Nearly 10,000 people attended his Mass on Sept 14. The crowd included mothers, grandmothers, and children from various small communities of Catholics. We know that such a gathering was possible only because the pope came.  It showed the unity of the Church.

The papal visit helped us become closer as Catholics. It helped us to show that the Catholic Church has a unique role to play in the life of our nation. It does not matter if you are a minority or majority, what is important is to be faithful to Christian values. 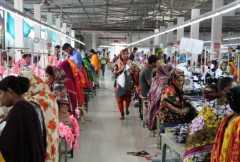 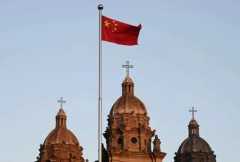