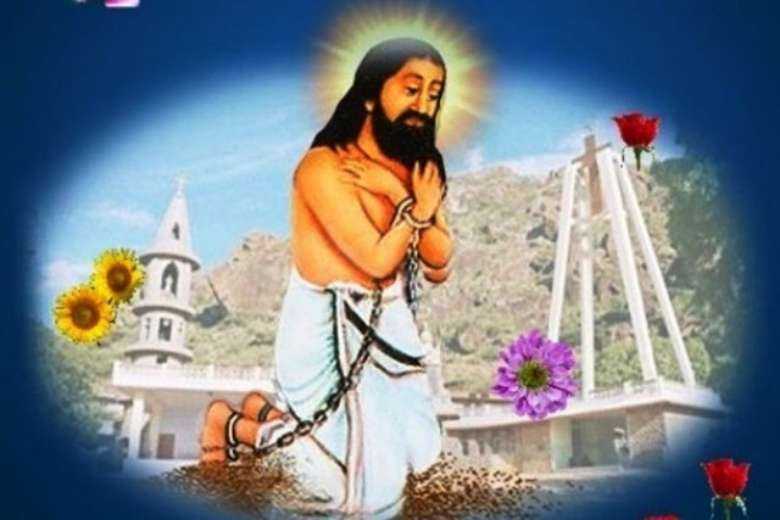 Indian Christians are delighted after the country’s first lay Catholic, Blessed Lazarus, popularly known as Devasahayam, was declared a saint at the Vatican.

Pope Francis canonized Devasahayam along with nine others during a Canonization Mass in St. Peter’s Basilica on May 15 as celebrations were held at several churches across India, especially in the southern Indian states of Kerala and Tamil Nadu, church officials said.

Devasahayam was declared blessed in 2012 and a miracle attributed to him was recognized in 2014. The Vatican cleared him for sainthood in 2020 leading to his canonization now.

“Prior to the declaration of Devasahayam as a saint, we had three days of special continuous prayer and adoration starting from Thursday in all the diocesan parishes but we had no special celebration on Sunday as there was live coverage of the celebration at the Vatican,” Father V. Hilarius, the Vicar-General of Kottar Diocese, told UCA News on May 16.

The priest said it was "a proud moment" for Indians and people across the country celebrated this great day with High Mass and other events. In Tamil Nadu, celebrations were held at a church in Kattadimalai in the Kanyakumari district where Saint Devasahayam is believed to have been martyred in 1752.

“At this moment I would say that like Saint Devasahayam let’s fight discrimination in our society as he did during his time. Raise your voices against the injustice done to the people, especially the weaker sections,” he said.

Father Z. Devasagaya Raj, former secretary of the Catholic Bishops' Conference of India's Office of Dalits and Backward Classes told UCA News: “This is a highly appropriate time for Devasahayam to be declared a saint. The Church in India is witnessing persecution and this should give us a morale boost to be good Christians.”

Father Raj said “it is high time the Catholic Church started recognizing contributions of laypeople to the Church. Like Devasahayam there could be many lay people who are working as its foot soldiers.”

The priest remembered all those who sacrificed their lives for the faith during mass persecution in places like Kandhamal in the eastern Indian state of Odisha in 2008.

“The church should initiate immediate steps to declare them saints too,” he said.

Devasahayam was born an upper-caste Hindu in Nattalam, a village in present-day Kanyakumari district on April 23, 1712. He was in royal service at the court of King Marthanda Varma, then ruler of Travancore state.

He converted to Christianity under the influence of a Dutch naval commander at the court and was baptized by Jesuit Father R. Bouttari Italus in 1745.

His given name Neelakanda Pillai was changed to Lazer, but he became popularly known as Devasahayam (God’s help). His wife, Bhargavi Ammal, also became Catholic and took the name Gnanapoo Ammal (Theresa).

The king ordered Devashayam’s arrest in 1749 and charged him with treason and espionage. Devasahayam was imprisoned, tortured, and finally banished to the Aralvaimozhy forest, a remote border area of Travancore.

According to Church documents, Devashayam was tortured daily en route to the forest with pepper being rubbed in his wounds and nostrils and fed with stagnant water while being exposed to the scorching sun.

He was shot dead in the forest On Jan 14, 1752. Devasahayam was a Catholic for only seven years.

His mortal remains were interred inside what is now Saint Francis Xavier’s Cathedral in Kottar, Nagercoil.

JOHN RODRICKS
is there a source to see the miracles he made including those on others.
Reply