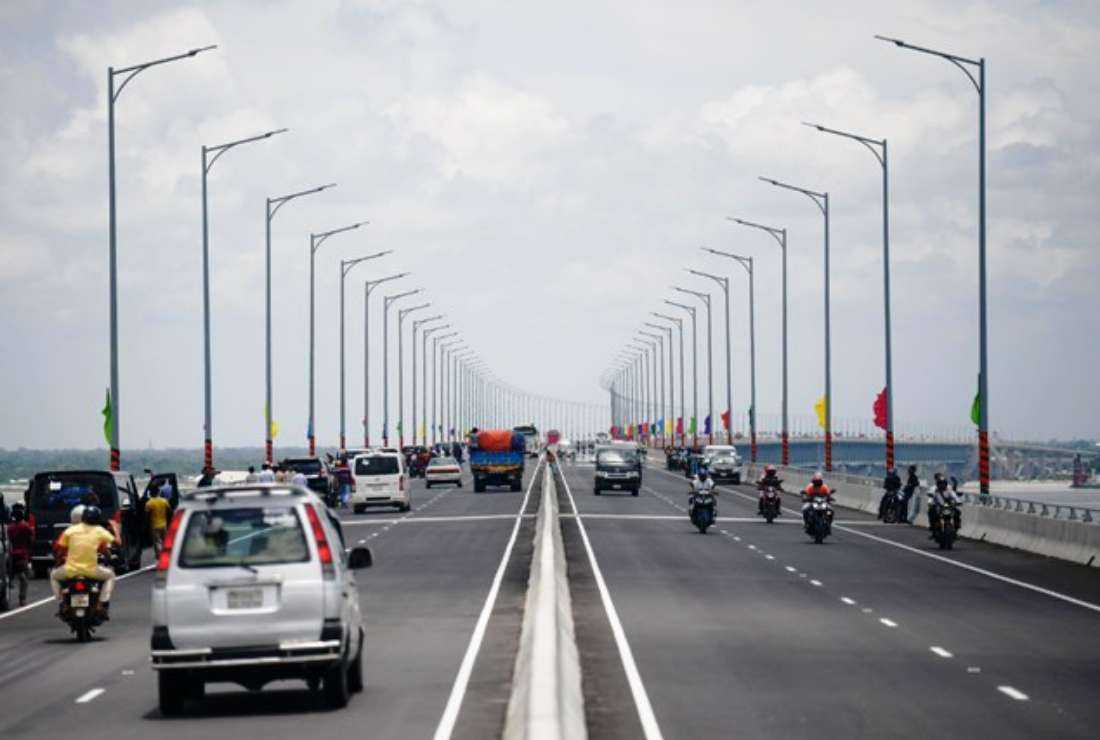 The new Padma Bridge connecting Dhaka city with the south and southwest of Bangladesh was inaugurated on June 25. (Photo: Piyas Biswas)

Bangladeshi Catholics believe the newly built longest bridge in the country, connecting Dhaka Archdiocese with dioceses in the south and southwest, will help improve their economic conditions.

While inaugurating the 6.15-kilometer Padma Bridge on June 25, Prime Minister Sheikh Hasina said it was not merely a brick-cement-concrete structure but a symbol of the ability and dignity of the nation.

Father Lazarus Kanu Gomes, a representative of administrators in Barisal Diocese, said the bridge will save time and money for people in the south.

“The Padma Bridge will improve trade and commerce in the region. Along with others, Catholics too will gain access to jobs in the industrial establishments while also being able to transport their farm and fish products to Dhaka,” Father Gomes told UCA News.

“I think building the Padma Bridge would help only if there is an end to the tyranny of the brokers who exploit the poor masses,” he said.

The World Bank was supposed to finance part of the bridge construction with a US$1.2 billion loan but withdrew after allegations of corruption

However, he agreed that the nearly 30 percent of the 38,000 Catholics in Khulna Diocese engaged in day labor will stand to benefit due to the bridge cutting travel time.

The distance from Dhaka to Barisal Diocese is about 240km, while Khulna Diocese is 275km away. It used to take at least eight hours to reach the capital city by road and by ferry to cross the river, but the new bridge has cut the travel time by more than half.

Many people living in the beneficiary areas are day laborers, fishers, farmers, small traders and tradesmen. The poverty rates in Khulna and Barisal divisions stand at 27.48 and 28.07 respectively — higher than Bangladesh’s poverty rate of 24.3 percent.

The World Bank was supposed to finance part of the bridge construction with a US$1.2 billion loan but withdrew after allegations of corruption. Bangladesh's government, which has repeatedly denied the allegations, went ahead and completed the bridge with its own funds.

The Bangladesh Bridge Authority built the two-level road and railway bridge at an expense of US$ 3.8 billion on Padma, one of country's major rivers and the main distributary of Ganges River that originated in the Himalayas and flows into Bangladesh through India. The government financed the entire project after the World Bank pull out.

The bridge's upper level has a four-lane road and a single-track, dual-gauge rail on the lower level. The rail track has not completed yet.

World Bank country director for Bangladesh Mercy Tembon congratulated the nation on the inauguration of the bridge.