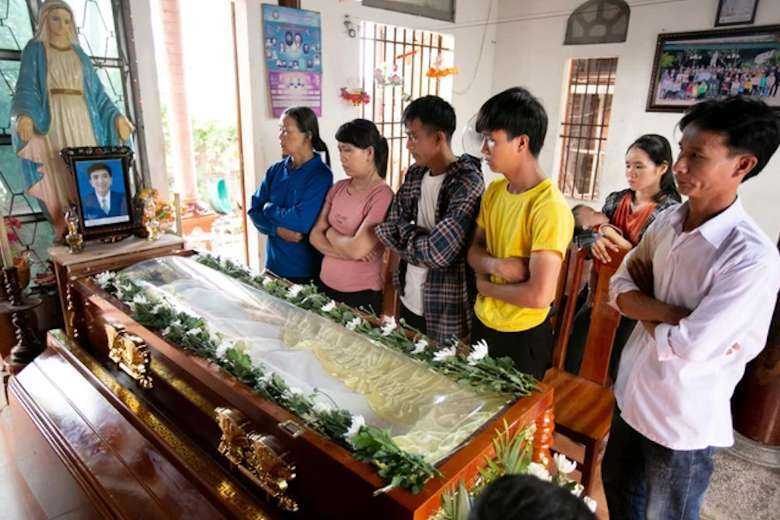 A young Catholic has been hailed a hero in Vietnam after drowning while saving the lives of three fellow students.

Peter Nguyen Van Nha, 23, of Dong Lang Parish in Vinh Diocese, was swimming with friends in the sea near Phu Thuan commune in Phu Vang district of Thua Thien Hue province on April 30 when three female students got into difficulty.

As they were being swept out to sea by strong currents, he risked his life to bring them back to safety.

Exhausted, he was swept away by the waves and his body was found by a rescue team after 30 minutes of searching.

Nha was a fourth-year student in the faculty of information technology at the College of Science of Hue University.

Student Bui Ngoc Anh, a friend from Nha’s hometown of Nghe An, said Nha had planned to enter religious life after graduating from university in July.

Through his voluntary sacrifice, he becomes a shining example that touches the hearts of many people

“Nha was a gentle, sociable person, always smiling, optimistic and always ready to help others in life. During his high school years, Nha was a class monitor for many years,” he said.

A local priest said Nha's death was recognized by the community as a heroic act.

“Through his voluntary sacrifice, he becomes a shining example that touches the hearts of many people. Peter Nha has become the witness of the Good News and Christian charity by his heroic sacrifice,” he said.

On May 2, Vietnam’s President Nguyen Xuan Phuc sent his condolences to Nha’s family.

He asked authorities to consider giving the late student the Medal of Courage and to recognize him as a martyr in accordance with regulations.