The partnership, announced today, will bring a range of new services and valuable information to Catholic internet users. 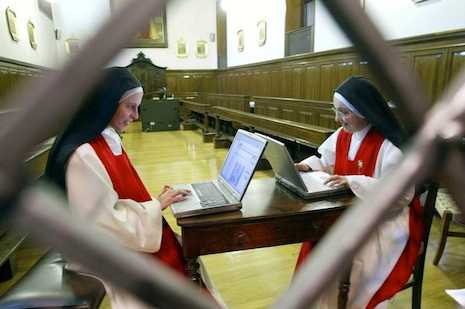 What does the Web say about the Catholic Church? What do Catholics want from the Web? And which ethical and spiritual issues are most widely discussed by Internet users? Aleteia, a worldwide Catholic network - which presents itself as a “Worldwide Catholic Network Sharing Faith Resources for those seeking Truth” - has formed an alliance with search engine giant Google to try to find answers to these questions.

The network, which has been in “beta” phase for several years, was launched officially today. Through what is known as “web listening”, the network offer the possibility of analysing trending topics, the most talked-about Catholic Church-related issues on the Net.

To mark the launch of the website’s new functionalities, Aleteia presented its first report entitled “Web listening and spirituality”, which is the result of careful Web listening and aims to give a picture of all the trending religious and ethical topics of 2012 on the Web.

The report reveals that it is Americans and social networks that are predominantly involved in the religious and spiritual debate on the Web: More than two thirds of comments come from the U.S. and almost half of these are made on social networks. Interest in the issue seems pretty constant, with no significant peaks between months, although the online debate becomes more intense and predictable when controversial issues such as same-sex marriage come up.

Other hot topics include bioethical issues such as abortion and euthanasia. When it comes to specifically faith-related issues, the French argue predominantly about relations with Islam whereas the Mexicans concentrate on the defence of minorities and Italians, perhaps a little surprisingly, are big on the catechesis debate.

According to Luca Giuratrabocchetta, Head of Enterprise at Google Italy, the search engine’s “collaboration with Aleteia presents a big challenge: providing access to a significant quantity of information and favouring interaction between a huge number of users across the world, in an efficient, reliable and secure way. Ever since the first meeting with Aleteia we felt we were embarking on this mission together, making Enterprise experience and technology (Search and Cloud) that is part of Google’s DNA, available to the network.”