With the help of police, the Sisters of Mary Immaculate have put 30 human traffickers behind bars 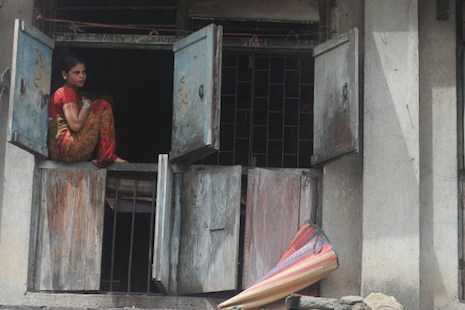 Leaving their habits behind and disguised along with police in regular clothes, a small group of three or four nuns raid brothels in Kolkata, India, at night, snatching young women and girls as young as 12 from the clutches of their captors.

In four years, "we have put 30 traffickers in jail," said Sister Sharmi D'Souza, a member of the Sisters of Mary Immaculate, told journalists at a Vatican news conference on Wednesday. She and a number of other religious women attended the event that presented Pope Francis' World Day of Peace message, which urged everyone to fight modern forms of slavery.

"In one night, we saved 37 girls," she said, adding that 10 were minors. The sisters take the women to safety and offer them support and assistance; the women also provide critical information to police, such as names of traffickers and the location of other brothels.

If police refuse to go with the nuns on a raid because they have been bribed by traffickers, the nuns go to someone higher up on the chain of command, "and they take action," she said.

"We never go alone. We go along with other NGOs together. But we need our pastors to come along with us, our bishops, our priests to support us, because if they are with us we can still do more," she said.

Full Story: As nuns face off against traffickers, priests asked to join the fight