Meeting seminarians at the Vatican Jan. 21, Pope Francis gave them advice on how to better live out their calling 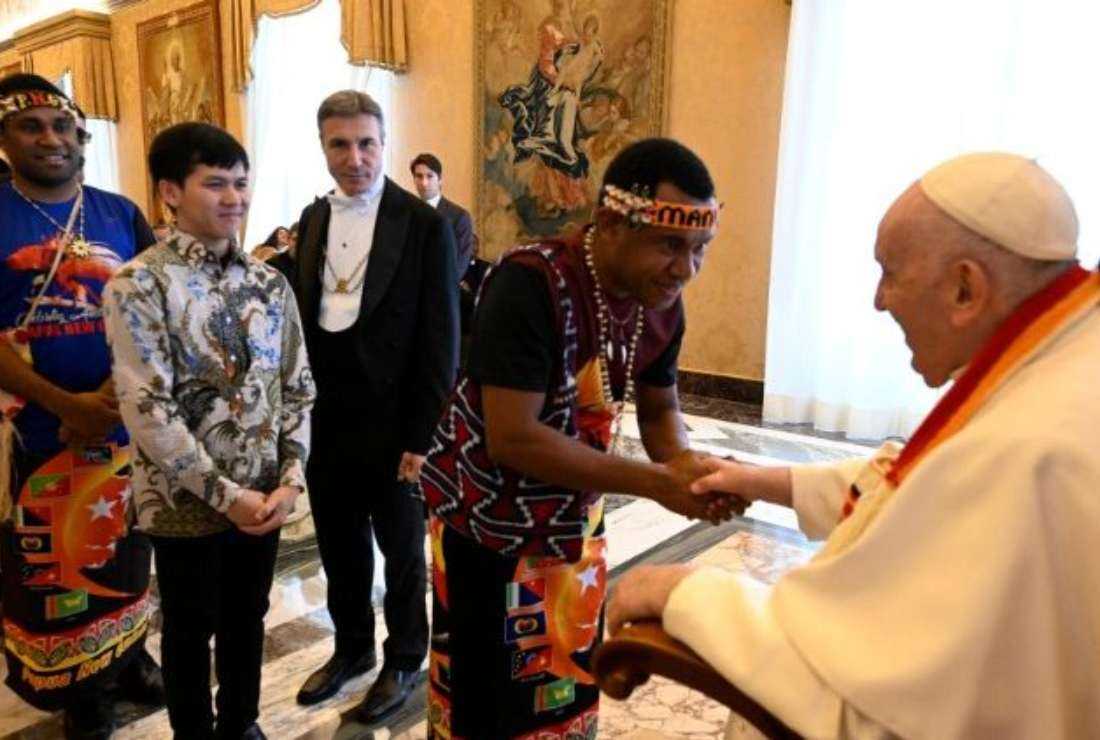 Pope Francis meeting the Community of the Pontifical Urban College for the Propagation of the Faith. (Photo: Vatican Media)

To be credible messengers of the Gospel, Catholic missionaries must be authentic, open to others and to dialogue, Pope Francis said.

Speaking to seminarians from the Pontifical Urban College, a seminary in Rome for priests from the church's traditional mission territories, the pope said the students are uniquely positioned to inspire others at a time when the church is called to a "pastoral and missionary conversion."

Meeting the seminarians at the Vatican Jan. 21, Pope Francis gave them advice on how to better live out their calling as missionaries.

A missionary's closeness to God and others does not come from the appearance of being perfect, the pope said, but from having the "courage to be authentic." He encouraged the seminarians to "overcome the fear of being judged for not corresponding to an ideal model, which often only exists in our minds."

Missionaries are credible not because of "a habit they wear or an external attitude," he said, but rather because they have a "style of simplicity and sincerity."

He also warned them against the temptation of "formalism," or of being overly fixated on their position. He encouraged them not to be afraid of showing themselves for who they are to others and," especially to those older brothers that the church put by your side as formation leaders."

The pope's meeting with the seminarians marked 400 years since the foundation of the Congregation for the Evangelization of Peoples, which became part of the new Dicastery for Evangelization in the pope's reform of the Roman Curia.

Pope Francis told the seminarians to "go out from themselves" in order to challenge their perspective.

"The life of faith is a continual 'exodus,' a going out from our mental framework, from the enclosure of our fears, from our small certainties that reassure us," he said. "Otherwise, we risk adoring a God that is only a projection of our needs, and therefore an idol."

The pope said one way to put this idea into practice is by accepting the "challenge of fraternity" while in seminary, and to be witnesses of that fraternity when they return to their home countries, especially in nations experiencing conflict.

Pope Francis said that open dialogue with God and with others is one way to welcome God into their lives, and he urged the seminarians to learn from the "martyrs of dialogue" of their home countries, noting how those martyrs were "builders of peace" through their openness to others.