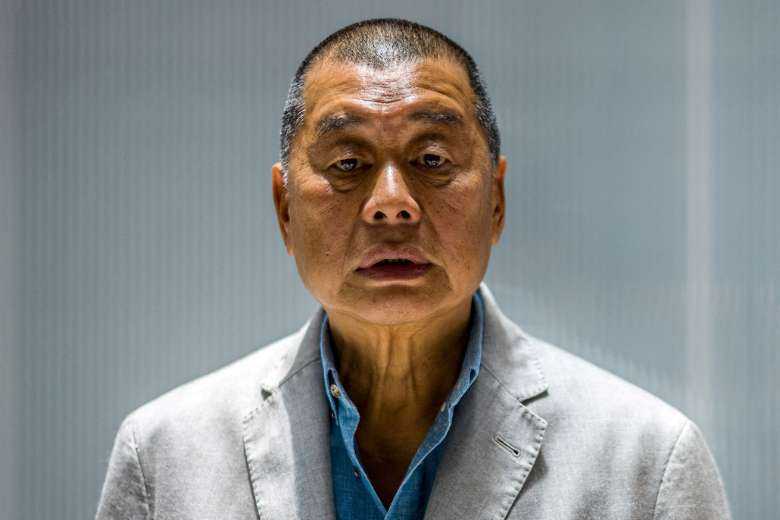 Jimmy Lai has vowed not to give in to state intimidation. (Photo: AFP)

A court in Hong Kong has sentenced Catholic media mogul and pro-democracy activist Jimmy Lai to 14 months in prison for participating in an unauthorized assembly in 2019.

Lai, 73, was among 10 pro-democracy politicians and activists also sentenced on May 28 on similar charges.

With estimated wealth of US$1 billion from clothing and media ventures, Lai is one of the most prominent faces of the pro-democracy movement in the former British colony.

His Next Digital company publishes Apple Daily, a widely popular newspaper with a pro-democracy tilt and critical of Hong Kong’s pro-Beijing leadership under Chief Executive Carrie Lam and the authoritarian rule of the Chinese Communist Party.

Apple Daily is considered among the last vestiges of the free press in the Chinese-ruled territory that faces one of the most difficult periods in its political history since the British 1997 handover.

Lai has been already serving a sentence in prison and faces two charges of subversive and seditious acts, which can carry life imprisonment if convicted under Hong Kong’s draconian national security law.

If they can induce fear in you, that's the cheapest way to control you

Despite his imminent jailing, Lai is determined not to give in to intimidation.

"If they can induce fear in you, that's the cheapest way to control you and the most effective way and they know it. The only way to defeat the way of intimidation is to face up to fear and don't let it frighten you," Lai told BBC News.

Earlier this month, Hong Kong authorities sent threatening letters to Lai and branches of HSBC and Citibank, warning them of seven-year jail sentences for any dealings with the billionaire’s accounts in the city.

Hong Kong’s Security Secretary John Lee, who signed the letters, announced earlier that he had frozen assets of Lai including his bank accounts and his stake of 71.26 percent in Next Digital, which is estimated to be worth $45 million.

The letters warned that if the directive is ignored, bankers will be “liable on indictment to a fine and to imprisonment for seven years.”

“I am exercising the power because Lai has been charged with two offenses of collusion with other countries or external forces to endanger national security,” Lee told journalists on May 27. “It is my duty to specify in my notice to the relevant parties what will be the consequences if they fail to comply with my direction.”

Critics allege that by nailing Lai and Apple Daily, Beijing is attempting to crush the once-vibrant and independent media industry in the city altogether.

Lam, the city’s Catholic chief executive, defended the actions as necessary to reinforce the city’s status as a financial hub "so that no-one can use our financial system to carry out acts endangering national security," Reuters reported.

Fears are growing in Hong Kong’s business community as Beijing attempts to tighten its grip on the city. According to a survey by Hong Kong’s American Chamber of Commerce, about 40 percent of its members might leave the city due to the government’s strict policies including the repressive security law.

Under Lam’s pro-Beijing administration, freedom and democracy have eroded significantly

Britain transferred Hong Kong to China in 1997 under an agreement based on a “one, country two systems” framework that sought certain freedoms including democratic rights, freedom of assembly, a free press, independent judiciary and legislature under the Basic Law.

Under Lam’s pro-Beijing administration, freedom and democracy have eroded significantly, triggering fear and anger among pro-democracy supporters whose massive protests in 2019 turned violent amid a heavy government crackdown.

In 2020, China introduced the national security law that arbitrary criminalizes any form of anti-government dissent, protest and assembly as acts of secession, subversion, terrorism and collusion with foreign forces.

The communist regime defended the law as a tool to tackle sedition and to bring stability to the city.

Since enactment of the law in June last year, about 100 people, mostly pro-democracy politicians, activists, rights defenders and journalists, have been arrested in Hong Kong. Media reports that more than 10,000 Hong Kong residents have fled the city to Taiwan to escape charges under the security law.