The Amazon is very important for humanity, for life and helps stabilize the climate, says Peruvian cardinal 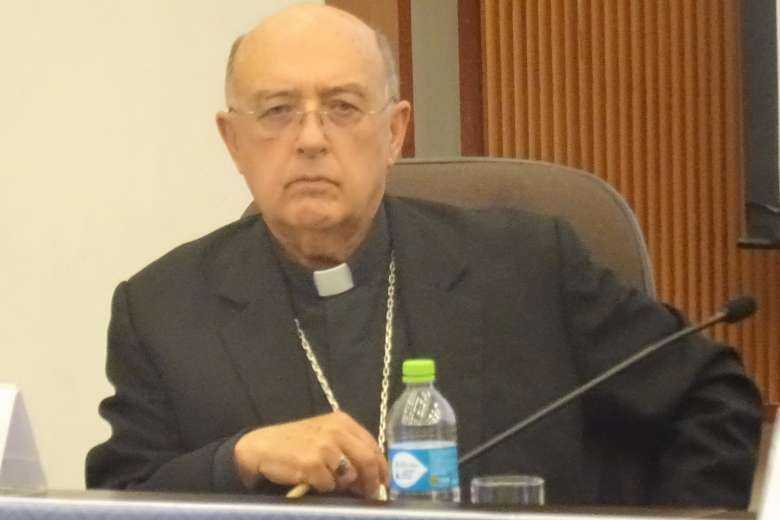 Less than a week before the U.S.-sponsored Leaders Summit on Climate, environmental and religious leaders said they are worried about talks on how to preserve the region and are asking government officials from the U.S. and the Amazon to look at kindly at the rainforest and its peoples.

"The Amazon is very important for humanity, for life ... it helps stabilize the climate, it is a source of life," said Cardinal Pedro Barreto Jimeno of Huancayo, Peru, president of the Pan-Amazonian Church Network, or REPAM.

Bishop Robert W. McElroy of San Diego asked "all the policymakers to really consider what are the implications of interconnectedness on the questions of the Amazon."

"It is not simply that the Amazon is such a vast warehouse to provide strength and richness and fertility and biodiversity for the future of our planet, it is also that the culture and the peoples of the Amazon provide a perspective we need to understand, because many elements of that perspective of culture and faith and spirituality are going to be the pathway we have to travel in the United States if we are truly to serve and maintain and recreate our common home that God has given to us and we have so shamefully defaced," he added.

On April 13, the Brazilian bishops' conference and REPAM-Brazil released a letter that expressed their concern about a possible agreement between Brazil and the United States for the protection of the Amazon.

"The current U.S. government is meeting, without transparency or any participation of the peoples of the Amazon, with the federal government of Brazil, with the possibility of drawing up agreements to protect this biome," said the letter signed by retired Bishop Erwin Kräutler, president of REPAM-Brazil, and Cardinal Cláudio Hummes, president of the Brazilian bishops' commission for the Amazon.

"The main leaders of the Indigenous peoples, quilombolas (communities of ex-slaves), rubber tappers and peasants are very concerned with the prospect of international agreements and financing with an openly anti-environmental, anti-Indigenous, anti-democratic, science-denying government, whose management of the pandemic is leading more people to death and poverty every day. Any agreement that has the Amazon as its core requires a debate with Amazonian populations, which are not being consulted," added the letter.

The British news agency Reuters reported negotiations between Brazil and the United States for an agreement to reduce deforestation in the Amazon have come to a halt. The Brazilian government has asked for the release of financial resources in advance to be able to improve the protection of the forest and develop sustainable projects in the region, while the U.S. insists on seeing a decline in deforestation numbers before handing over any funds.

According to local news reports, the Brazilian government has asked the U.S. government for $1 billion in aid to reduce deforestation.