With their lives under threat from the Taliban, the Afghans are being given new lives in the US US soldiers protect a wounded comrade from dust and smoke flares after an explosion during a patrol near Baraki Barak base in Afghanistan's Logar province in October 2012. (Photo: AFP)

When U.S. service members were in a foreign land, unsure of the way and unable to speak the language, brave locals came to their assistance.

Now, the Afghans who served as interpreters and guides for the U.S. military need help adjusting to a new country.

For decades, the U.S. military has been in Afghanistan and is now in the process of withdrawing troops. The Taliban, an extremist Islamic movement that ruled Afghanistan until ousted by a U.S.-led coalition, is taking advantage of the withdrawal to gain control in the region, making it especially dangerous for those who assisted U.S. forces.

Operation Allies Refuge, which began July 30, brought planeloads of Afghans to Dulles International Airport in Virginia outside of Washington and they were then taken to Fort Lee, near Petersburg, Virginia. The families were pre-vetted and able to complete the immigration process safely stateside.

Federal, military and nongovernmental agencies all have come together on this project, said Jessica Estrada, director of newcomer services for Catholic Charities of the Arlington Diocese.

"In some circumstances, we wouldn't all be working together this well, but because this was such a unique situation, everybody's top priority was the individuals arriving," she said. "It was quite amazing to see."

Those families were picked up from the middle of a fire and brought to safety. It's so emotional, so touching

Six diocesan Catholic Charities staffers have been working with the new arrivals at Fort Lee, including Hekmatullah Latifi, who came to the United States with his wife and children on a special immigrant visa in 2016.

In Afghanistan, Latifi worked for the U.S. Embassy and U.S. Agency for International Development. When he felt his family was being threatened, he decided to bring them to the United States.

Since 2008, the U.S. has welcomed 70,000 Afghans who assisted Americans overseas through the Special Immigrant Visa program, according to the U.S. State Department. Usually the application process is completed in Afghanistan. But because of the country's current volatile situation, immigrants needed to leave the country quickly.

"I had to wait two years in a normal situation in Afghanistan to get processed," Latifi told the Arlington Catholic Herald, the diocesan newspaper. "But (at Fort Lee), the whole chain of people who are involved in this process were on the same floor, in the same building sitting in each room. 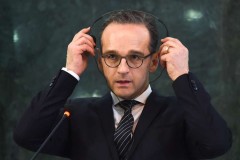 "It's a very expedited system. In my life, I haven't seen such a great welcoming event for refugees (of) such a large scope."

Life has been extremely difficult in Afghanistan for those who worked for the United States, said Latifi.

"It's a (horrible) situation for everyone right now," he said. "For those directly involved in the U.S. mission in Afghanistan, some people told me they locked themselves down in their homes, they were not going outside, they were not letting their kids go outside because they thought they might be targeted."

Latifi said he felt proud to help the newcomers.

"Those families were picked up from the middle of a fire and brought to safety. It's so emotional, so touching," he said. "Every single family was thankful for the services they received, for the warm welcoming they received. A lot of families said to us, 'We don't feel like we're on a military base, we feel like we have reached our homes.'"

The ministry of Catholic Charities is to serve the poor, protect the vulnerable and welcome the newcomer

Some of the incoming families will settle within the Arlington Diocese and many have connections with friends or family in the area, said Estrada. For up to five years after their arrival, Catholic Charities will help them enroll their children in school, get health care, and find employment and a place to live.

Stephen Carattini, president and CEO of diocesan Catholic Charities, said he's grateful his team was able to pitch in.

"The ministry of Catholic Charities is to serve the poor, protect the vulnerable and welcome the newcomer. That comes to us from Scripture and Catholic social teaching. That is what we strive to do every day," he said.

"People come with nothing and are starting over. These are folks who helped our government in good faith and now we have an opportunity to return that favor," he added.