Catholic educators test themselves on Cambodia 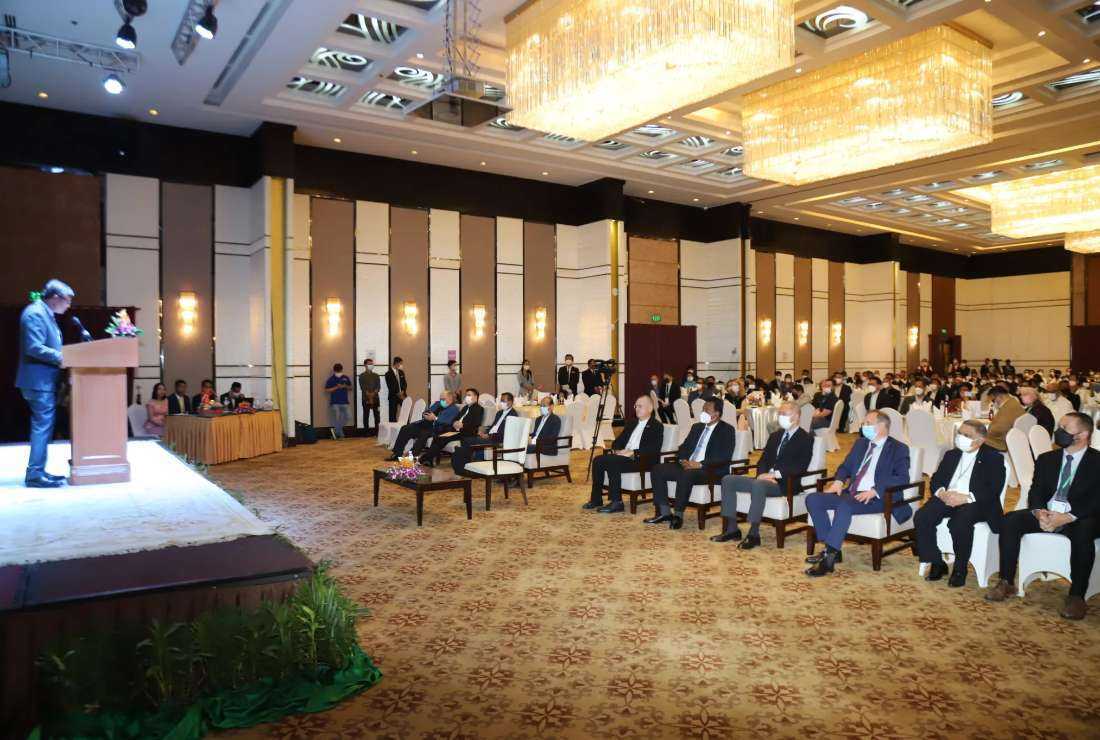 Participants attend a talk during the 28th annual conference of the Association of Southeast and East Asian Catholic Colleges and Universities (ASEACCU) in Takeo province of Cambodia. (Photo: Catholic Cambodia)

Cambodian identity, culture and reconciliation were topics of discussion when a group of Catholic educators from Southeast and East Asian countries gathered for their annual conference.

The conference of the Association of Southeast and East Asian Catholic Colleges and Universities (ASEACCU) was hosted by the St. Paul’s Institute in Takeo province in southern Cambodia on Aug. 23-27.

“Even though we cross each other's cultures, we need to remember our own identities,” said French missionary Bishop Oliver Schmitthaeusler, the apostolic vicar of Phnom Penh.

The four-day program was themed on “Memory and Identity.”

The theme "is very important as Cambodian society is trying to rebuild after the Khmer Rouge regime,” said Bishop Schmitthaeusler, an MEP missionary on Aug. 24.

The conference “inspires us to go deep into our culture and to the world, where so many people are interacting online that we can be cross-cultural.”

“We need to live in the world today, preserving our memories, our history ... to build our identity and shape our future,” he added.

Participants attended talks on the political and historical memory of Cambodia and social development, identities, and social issues in the context of Cambodia.

They also visited local communities, talked to the people, and prepared presentations based on the trip.

The ASEACCU, based in the Philippines, is the regional forum of the Vatican-approved International Association of Catholic Colleges and Universities.

The Asia-Pacific forum was formed to promote Catholic higher education and to contribute to the educational dialogue on an international level beyond the Southeast and East Asian region.

The association has 86 members and St. Paul Institute is the only Catholic institute in Cambodia affiliated with it.

Sophal Phon, the rector of the institute, said the conference has opened doors for Catholic higher education institutes to form a team to do research more deeply on “memory and identity” in the regional and global contexts.

Cambodia’s Education, Youth and Sports minister Naron Hangchuon said the context of today’s world demands for a need to adjust to new ways of providing quality education to students as “the 4th industrial revolution continues to shape the global economy and workforce.”

The minister asked young people to prepare themselves for the changed global scenario and called on the schools to change education programs to achieve desired future goals.

Christians in Cambodia make up about one percent of the nation’s estimated 17 million people, according to government data.

About 20,000 Catholics are spread in three church jurisdictions — the apostolic vicariate of Phnom Penh and the apostolic prefectures of Battambang and Kampong-Cham.