Filipinos line up to receive cash aid from the national government at a basketball court in Manila on Aug. 11 during an enhanced community quarantine. (Photo: AFP)

Many Filipino churchgoers were surprised to read the Commission on Audit report that the Department of Health (DOH) had misused billions from funds allocated to fight the coronavirus pandemic.

Health authorities said it was demoralizing to learn about the news knowing that many health workers and patients had died due to lack of medical care and protective equipment.

In Sorsogon province in the Bicol region, south of Luzon, there were only seven ventilators. With 118 active Covid cases, doctors are beginning to experience a moral dilemma as to whom they should give the ventilators.

Billions in health funds could have been spent on more ventilators across the country instead of wasteful spending such as buying four “high end” laptops for 700,000 pesos (US$14,000). The government’s priority for spending is really shocking to many people.

A physician has described the impact of corruption on the Philippine healthcare system.

“The COA’s [Commission on Audit] findings, which exposed the DOH’s failure to spend the budget for Covid-19 amounting to 67.3 billion pesos [$1.35 billion], deeply hurt our nation long crying for additional budget for health,” said Dr. Leni Jara, whose husband, a cardiologist, died of Covid-19 in March 2020.

Like Dr. Jara, many health workers cited many forms of neglect by the Duterte administration such as limited supplies of protective equipment and gear, lack of hazard pay and incentives for health workers.

“Hospital workers have to demand what is rightfully theirs such as special risk allowance and active hazard pay duty. More surprisingly, our performance-based bonus for 2018 was only given this year,” Dr. Jara added.

The same budget could have been used for measures that really mattered to the Filipino people, such as free mass testing, contact tracing, salaries and incentives of health workers, additional beds and ventilators, among others.

What is happening in the country that prides itself on being a Catholic bastion in Asia? How come corruption has continued to victimize the poor and health workers with unscrupulous transactions? 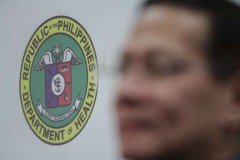 The poor are left with no choice but to rely on their faith and ask why God is punishing the Filipino people.

Archbishop Socrates Villegas asked the same question on the Feast of the Lord’s Transfiguration: “Is God punishing us? Are we getting the harvest of the sins we planted?”

“I am sure it has crossed your mind. Are all these calamities from nature punishments from God? I have been struggling with this thought and the question keeps on lingering,” said Archbishop Villegas in his homily.

It is the same conscience that led Catholics — churchgoers and clergymen — to ask why certain government officials had the gall to pocket public funds despite the ongoing pandemic.

Man’s conscience has served as his moral compass. May it serve as his guiding principle in choosing the Philippines’ next set of leaders

The great angelic doctor St. Thomas Aquinas said that “conscience is the practical judgment or dictate of reason, by which we judge what … is to be done as being good or to be avoided as evil.”

I personally felt happy reading comments on how corruption in the Department of Health had become “unconscionable.” I told myself it was good that many Catholics in the country still had the conscience to know what is right and what is not. I thought corruption had become the norm, honest governance the exception.

But this time the people’s outrage must effect actual change. People’s anger must bring about a change in government. Man’s conscience has served as his moral compass. May it serve as his guiding principle in choosing the Philippines’ next set of leaders. May every citizen vote according to his conscience in choosing good and honest leaders in the next elections.