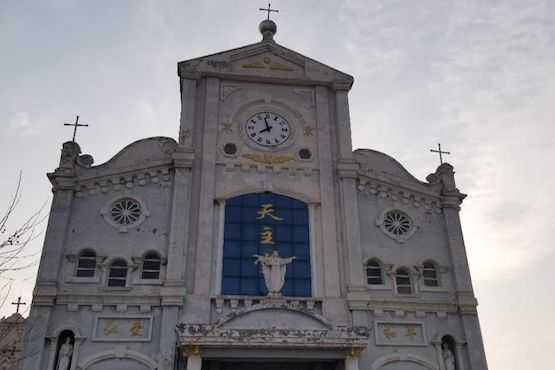 The cathedral of Shangqiu South Church in Henan province before its crosses were removed. (Photo supplied)

Crosses on Shangqiu South Church (Cathedral of the Sacred Heart of Jesus) in China have been removed by the district government.

It is the first Catholic church in Henan province to have crosses removed. Officials later installed new ones but they were much smaller in numbers and size.

A source who asked to be unnamed told ucanews.com that street office and district committee officials on March 8 asked the church to remove its crosses.

"The officials said the largest one at the highest point of the cathedral had to be removed but church staff disagreed," the source said.

Church staff reported the incident to both the municipal and district religious affairs bureaus. They also disagreed with the crosses' removal but the street office and the district committee insisted.

Officials from both bureaus visited district officials, who refused to listen and removed the crosses on March 9 by using a crane.

After their removal, a few Catholics went to the cathedral and prayed outside. An old lady was seen crying.

The source said someone reported the incident to the provincial National People's Congress (NPC) and the provincial Chinese People's Political Consultation Conference (CPPCC).

Under pressure from the two organizations, the street office erected new crosses on March 10.

The central cross above the cathedral had been three meters in height but its replacement was only half that size.

Father John of Henan province said the cadres' action was "brutal" and misunderstood the recently revised regulations on religious affairs.

A Catholic who works in the provincial NPC and CPPCC said the cathedral is legal but the removal of crosses was illegal and should be suspended. He asked why the original heritage crosses were not reinstalled.

Several incidents have targeted Christianity in Henan recently, including the removal of crosses and the posting of signs prohibiting minors to enter churches, but Father John believes Henan is not a particular target.

"Since the newly revised regulations on religious affairs were enforced, such incidents have happened nationwide," he said.

The crackdown on religious groups such as Eastern Lightning started in Henan and then had an impact on Christianity, he said. 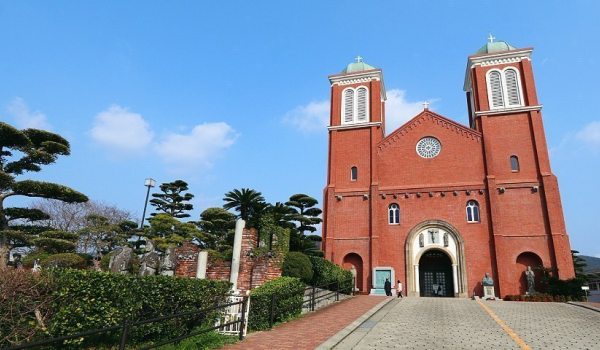