People queue outside a vaccination center in Sydney on June 24 as residents were largely banned from leaving the city to stop a growing outbreak of the contagious Delta Covid-19 variant spreading to other regions. (Photo: AFP)

With the majority of Australia's most populous state in lockdown as it grapples with an outbreak of the Delta variant of the coronavirus, a Catholic social services official called for vaccines to be made mandatory for those working in disability care.

His comments came as Sydney, the capital of New South Wales, entered its third week of lockdown after the Delta strain spread through the city's southwestern suburbs, with more than 700 cases reported.

Among the more than 50 members of CSSA, disability care is one of the most common services provided, with tens of thousands of Australians served by Catholic care workers.

Sullivan said while there are legitimate reasons for some people to not receive a vaccine, the pursuit of the common good means those caring for others should be inoculated.

"For those whose work and life revolves around the care of people who often have conditions that make them vulnerable to illness, taking measured steps to prevent the spread of Covid-19 is a sensible and caring choice," he said.

Sullivan also said a similar approach to that taken for care workers serving the elderly makes sense for the disability care sector.

"There is a shared view that the vaccine rollout has moved more slowly than we would have liked, but it's important to focus on how we can speed the process up and protect as many people as possible as quickly as possible," he said.

"The lessons learned from last year's Alpha Covid wave ... demonstrated the need to protect our workers if we are to protect those in our care, the need for which has only increased under the more virulent delta strain," said Rebecca Burdick Davies, CHA's director of strategy and mission. 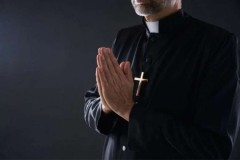 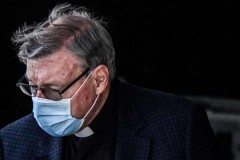 US bishops praise Biden for pledging vaccines to needy nations "There is also a growing demand for a limited supply of vaccines that is coming from all quarters, but we have a duty to ensure that we are doing everything we can to protect the most vulnerable," she said.

Meanwhile, with authorities fearing outbreaks among the elderly, Catholic institutions urgently pushed for changes to the current vaccine rollout.

CHA in particular has warned of a "Covid blind spot" if community aged care workers were left out of the vaccine mandate. About 150,000 workers work in the community caring for one million older Australians in their own homes.

"If anything, given their role is to go out and about into the community these workers should be given absolute priority for protection," he said.