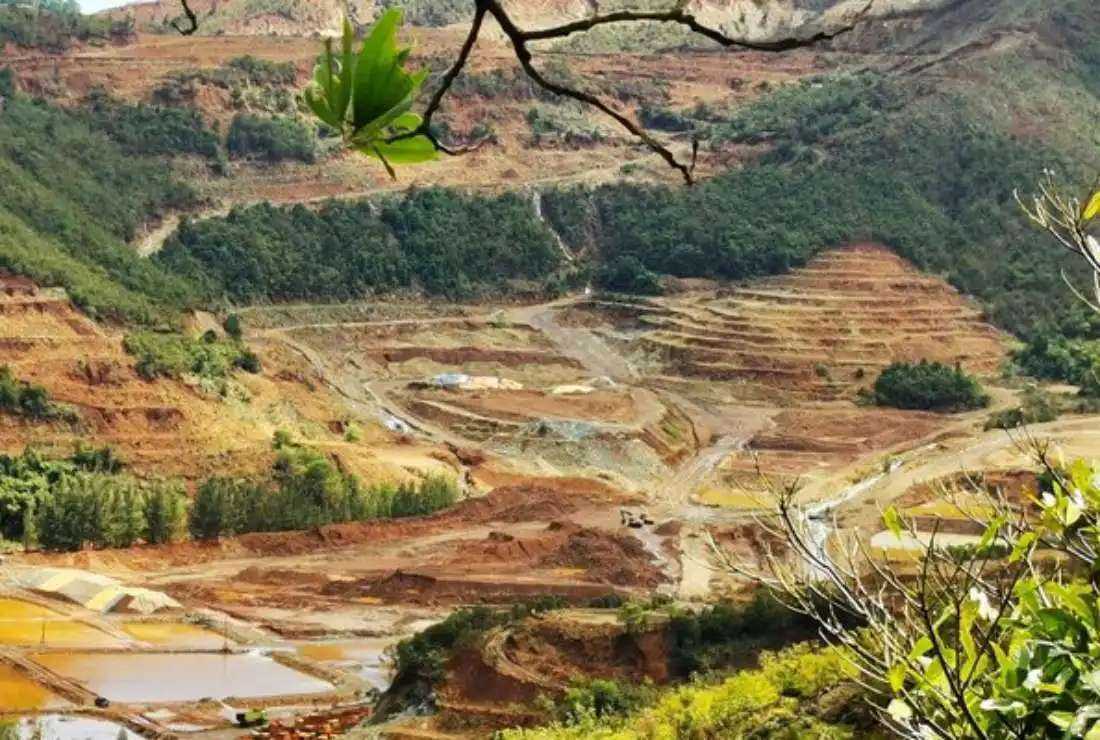 Open pit mining in South Cotabato province in the Philippines. Catholic bishops are demanding a law to ban mining in the whole of the Mindanao region. (Photo: Marbel Diocese)

Catholic bishops from four dioceses in the southern Philippines have called on the country’s lawmakers to draft a law to impose a ban on mining across the entire Mindanao region.

In a joint statement on Nov. 28, the Archdiocese of Davao and the Dioceses of Digos, Tagum, and Mati urged lawmakers to revoke 39 mining licenses in the region to protect the environment and public health.

“Denuded forests due to the logging activities, oceans filled with filth from the waste we excessively throw, rivers quickly drying up from quarrying.… These are an apt aide-memoire as we observe an unprecedented destruction of the environment now described as climate community,” the bishops said.

They said that although they support a bill that seeks to ban both small and large-scale mining, including quarrying, in Davao province. it would be better if there was a region-wide ban.

The prelates insisted that lawmakers should draft another bill that would ultimately revoke the licenses of mining firms in the entire Mindanao region to preserve the ancestral lands of indigenous peoples.

“While the [Davao] bill respects existing mining permits until their expiration, we assert that given the crisis we face, it must be revoked,” the prelates added.

Besides the damage to the environment, private corporations have been accused of land-grabbing ancestral domains of several indigenous peoples in the region.

“Despite the Indigenous Peoples Rights Act and the recognition of ancestral domain of Philippines tribes, ancestral lands were allegedly sold by fictitious private individuals to corporations who were able to get titles over the parcels of land,” Dennis Lugi, a member of the Bagobo tribal group told UCA News.

Lugi was referring to a demonstration held by his tribe in the Davao region after the Mindanao Private Mining Corp. recently evicted hundreds of families for allegedly settling illegally on private property.

“Of course, it was not true. The land was inherited from our forefathers. We have always been the owners and in possession of that piece of property. This was before we heard the news that a mining firm wanted to take over because of potential gold and silver deposits there,” Lugi added.

The bishops say they take their cue to safeguard the environment from Pope Francis’ environmental encyclical Laudato Si.

“As stewards of the environment, we should be acting as keepers of our common home — exercising an intergenerational responsibility that we must all embrace not only in the name of the present generation but also the name of generations yet unborn,” the prelates said.

Riverband Mining Corporation, however, said mining permits were issued through due process, and so private corporations had rights protected under the law.

“We deserve to be heard. The state cannot just legislate laws without giving us an opportunity to defend ourselves. This is part of due process,” the mining firm’s lawyer Richard Ilogar told UCA News.

According to the Philippine Statistics Authority, a third of the country’s total land area of 30 million hectares contains rich deposits of gold, nickel, copper, and chromite, among other minerals and elements. As of February 2022, there were 55 operating metallic mining sites in the country.

Mining has displaced over 389 indigenous communities involving more than 100,000 people and has contributed to over 142 million tons of sulfur dioxide emitted into the atmosphere because of smelting, according to the Department of Environment and Natural Resources.