Amid increased international calls for unrestricted access, 135 personnel have been cleared to undertake aid work 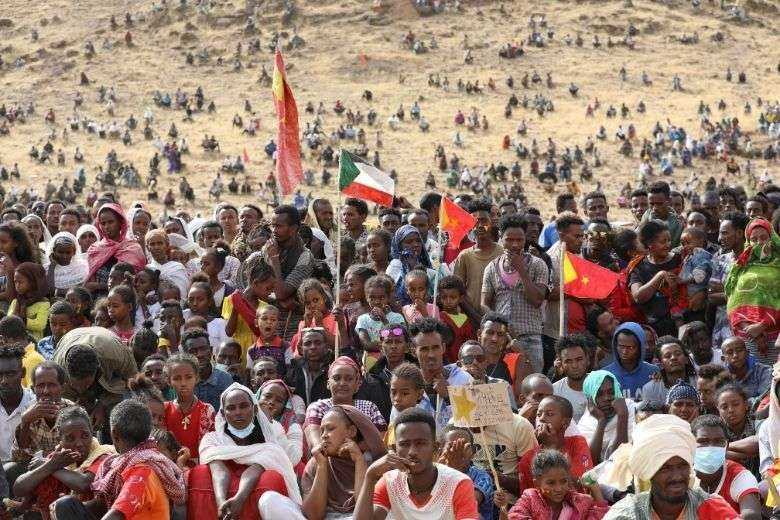 Catholic relief agencies in Ethiopia welcomed a move by the government to allow more access in Tigray, the semi-autonomous region in the north, where a military operation displaced millions and left an unspecified number of people dead.

Amid increased international calls for unrestricted access, Prime Minister Abiy Ahmed Ali announced Feb. 24 that 135 personnel from bilateral and multilateral organizations had been cleared to travel and undertake aid work in the region.

"This is all what the humanitarian agencies have been seeking. They have been asking for access to the region so that they can provide the much needed services to the people," Andre Atsu, the Jesuit Refugee Service regional director in Eastern Africa, told Catholic News Service.

JRS is one of the agencies providing humanitarian assistance in the region, where half of the 6 million population is reportedly displaced.

"The delivery of emergency support, including food and nonfood items, is crucial at the moment," said Atsu.

A spokesman for the U.S. bishops' Catholic Relief Services, which is also delivering relief in Tigray, said the agency has been working with the government and local partners to distribute food and other relief items.

"Many people fled their homes during the conflict and traveled to other secure locations. In many cases, people fled with very few of their personal possessions and lacked access to food and supplies," said David Orth-Moore, joint emergency operation chief of party, CRS Ethiopia.

He said by Feb. 25, CRS had distributed more than 22,000 tons of food from the U.S. Agency for International Development. This food went to more than 600,000 people and was on track to meet the target goal of 1.4 million people by March.

Orth-Moore said the distribution of the aid under the current circumstances still came with challenges.

"There are still areas that are not accessible. In some areas, there is still conflict taking place, and that makes it difficult to support all of the people in need," he said.

The government had been criticized for blocking access to Tigray since Nov. 4, when the Ethiopian prime minister ordered military strikes against the region's rulers, the Tigray People's Liberation Front, for allegedly attacking a federal army base in Mekele, the capital.