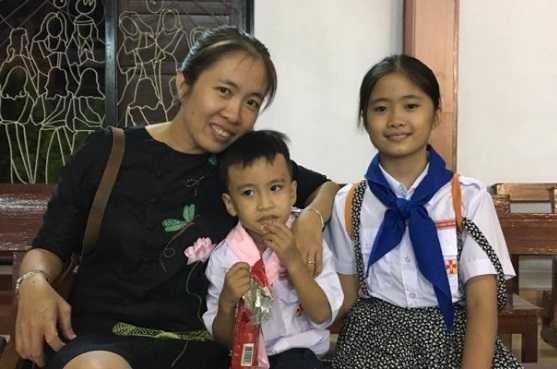 A jailed Vietnamese Catholic blogger was awarded by the U.S. government for standing up for people's rights and freedom.

On March 29, Nguyen Ngoc Nhu Quynh, a blogger known as Me Nam or Mother Mushroom, was among 13 women who received the International Women of Courage Award by the U.S. State Department which honors "those who have demonstrated exceptional courage, strength and leadership in acting to advance the lives of others across the globe."

Quynh, a mother of two, was the only winner awarded in absentia because she has been held incommunicado since October 2016 for publishing anti-government writings and fighting for prisoners of conscience.

Redemptorist Father Anthony Le Ngoc Thanh said Quynh was a worthy winner for her "efforts to fight for freedom of speech, protect activists and stop cases of death in police custody."

Pham Thanh Nghien, a member of the Network of Vietnamese Bloggers that was co-founded by Quynh, said the award recognized her tireless endeavors over the past decade.

In his Facebook post, U.S. Ambassador to Vietnam Ted Osius commended Quynh for her bravery for "raising civil society issues, inspiring peaceful change, calling for greater government transparency and access to fundamental human rights and for being a voice for the freedom of expression."

There are at least 84 prisoners of conscience in Vietnam, including bloggers, activists, ethnic and religious minorities and advocates for human rights and social justice. They were convicted after unfair trials or are being held in pre trial detention, according to July 2016 Amnesty International report.