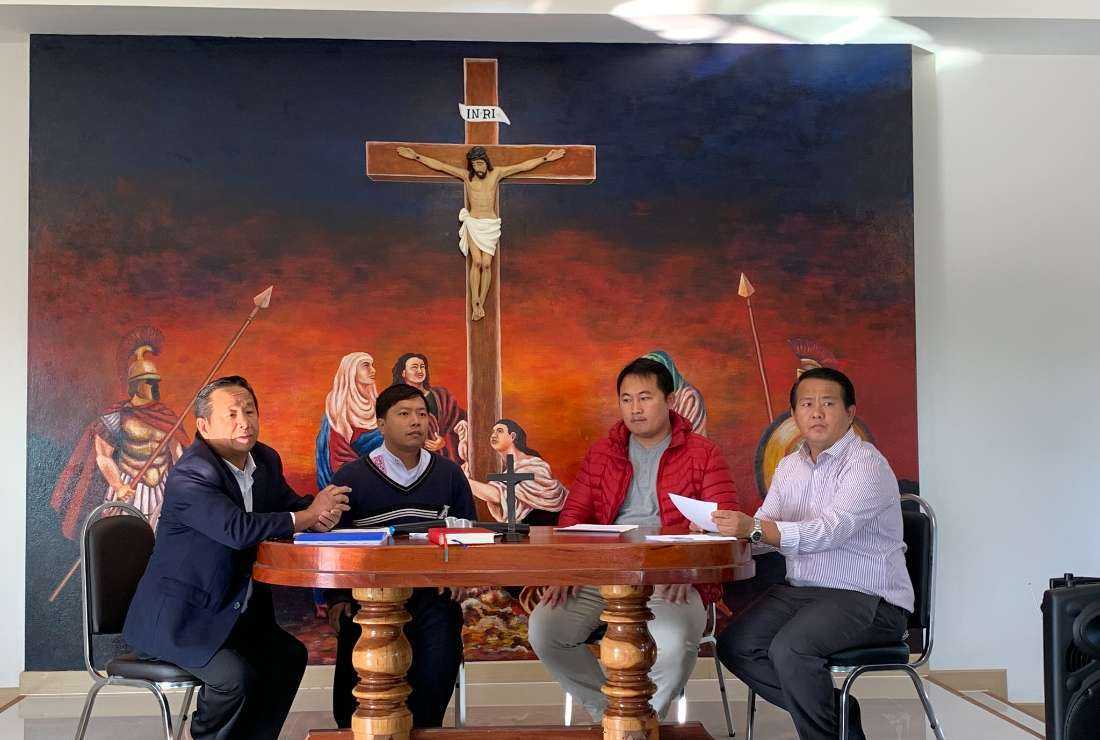 Hmong Catholics are seen inside a chapel of the church-run International Hmong Center in Chiang Mai, Thailand. (Photo: Diocese of Chiang Mai/Catholic Herald)

The Catholic Church in Thailand has opened a new center dedicated to training catechists serving ethnic Hmong Catholics in the northern part of the country.

Bishop Francis Xavier Vira Arpondratana of Chiang Mai blessed the center during a ceremony attended by about 500 people, mostly Hmong people living in Thailand, Vietnam, Laos, China and the United States on Jan. 14.

Bishop Arpondratana said that the new facility will be a very important pastoral and study center for the Hmong community in Thailand and other Southeast Asian countries.

Currently, the center has three full-time, resident catechists who together with other catechists visit villages and communities on the weekends to provide pastoral care to Hmong people. Thailand has an estimated 250,000 ethnic Hmong.

Bishop Arpondratana praised the catechists "for the strength and perseverance to carry out this task, believing that God has called them. In the future, the Hmong people will have another instrument for evangelization, and believers in the lay ministry of the catechist are the protagonists".

"They are the future, come with us to the villages to see how people who share a way of life live and testify to the faith," the catechist said.

Hmong people are an ethnic community mostly living in the mountainous regions of Southeast Asia — southern China, Thailand, Vietnam, Laos, and eastern parts of Myanmar, according to Britannica. Their total number is estimated to be about four million worldwide.

About 300,000 Hmong are settled in the United States and diaspora Hmong communities are found in Europe and Oceania.

Hmong people have their origins in China, and they speak Hmong, one of the Hmong-Mien languages. Traditionally, Hmong people rely on agriculture for their livelihood.

The priest faced difficulties as Hmong people, traditionally animists, hesitated to accept Christianity, a faith not linked to their tradition and culture. Besides, Hmong families did not allow their young people to leave homes to study, which made it difficult to raise priestly and religious vocations.

Father Thiel collaborated with the catechists to offer pastoral care to Hmong. As a result many Hmong began to be baptized as they considered catechists as members of their own community.

The local Church secured foreign donations to buy the plot and build the Hmong center in Chiang Mai, Fides reported.