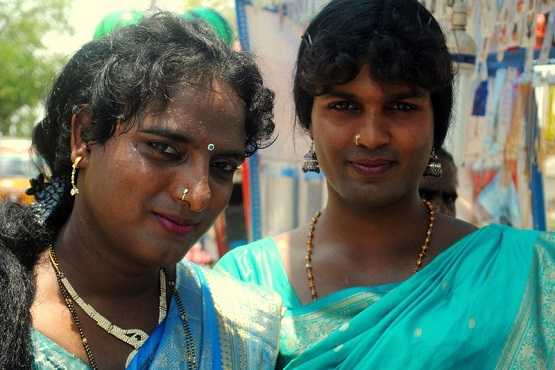 Caritas India plans to recruit transgender people to work in its organization as part of its efforts to stop discrimination.

The Catholic Church's social service wing confirmed the decision in a statement on Oct. 10 after holding internal talks on its inclusive development policy.

"Caritas is open to work with transgender people. I am even open to recruiting them," said Father Frederick D’Souza, executive director of Caritas India, during the meeting.

Father Paul Moonjely, deputy director of Caritas India, said that the decision to include transgender people in Caritas is not sudden.

"We have been reaching out to transgender people in our development programs but have largely failed to recognize them and show data on how many of them we have supported," he said. India has nearly 500,000 transgender people, according to the 2011 government census. They have been excluded from participating in social and cultural life, economy and politics, according to a 2012 United Nations Development Program report.

Not included in any form of census or government mapping, they are often a hidden population, most vulnerable because they are treated as invisible and deprived of the fundamental rights available to the other two sexes.

In 2014, the Supreme Court acknowledged the status of a "third gender," and made the transgender community eligible for affirmative action jobs in government and educational institutions.

The federal government is currently planning a law to protect the rights of transgender people. The draft law was introduced into the lower house of the Indian parliament in August.

"Much needs to be done towards sensitization on the issue even within the Caritas network," Father Moonjely said.

Known as hijras, the transgender community were once a firmly accepted group in Indian culture. The Vedas, the oldest scriptures of Hinduism, recognize them with both male and female characteristics. During the Mughal period, they played an important role in the court administration and as royal guards.

However, their revered place in history drastically changed in the British colonial period and they were legally relegated to the margins of society, with limited access to healthcare, employment or education.