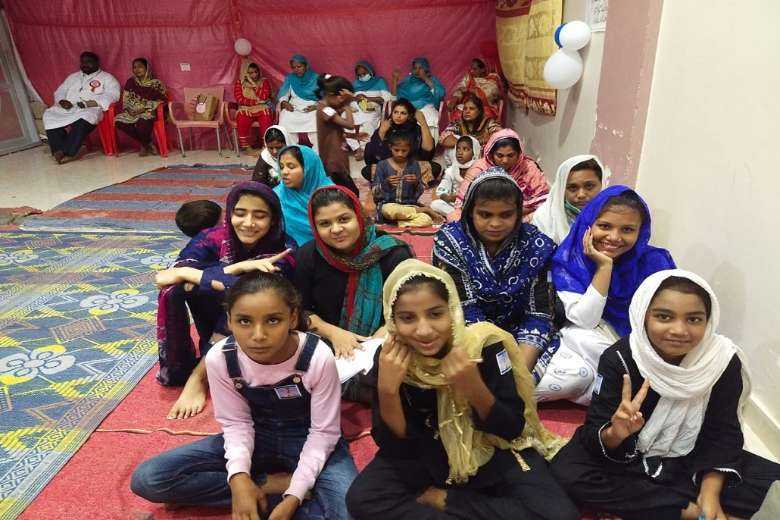 Parishioners of St. Joseph Church in Karachi celebrate the Feast of the Nativity of the Blessed Virgin Mary on Sept. 8. (Photo: Amir Robin)

Parishioners of a Pakistani Catholic church partially demolished last month by the government of Sindh province have resumed prayers with the support of the local Caritas unit.

Tarpaulin sheets supported by bamboo poles covered the front side of St. Joseph Church as they celebrated the Feast of the Nativity of the Blessed Virgin Mary on Sept. 8.

St. Joseph Church of St. Philip’s Parish under the Archdiocese of Karachi is the only surviving church in the Sadiq Nagar area of Karachi following the government’s anti-encroachment drive near two narrow streams locally known as the Gujjar nullah and the Orangi nullah in the wake of the 2019 flash floods in the capital of Sindh province.

Three Philadelphia Pentecostal churches have already been razed. Karachi Bachao Tehreek (Save Karachi Movement) held a protest on Sept. 9 against forced evictions and anti-poor demolitions at the nullahs and demanded rehabilitation of those affected.

“The bulldozers caused most of the roof to collapse after the walls and pillars were taken down. St. Philip's Parish and its community are willing to rebuild a smaller church and raise the front wall but were informed that an engineering organization is conducting a survey of the site,” Noor told UCA News.

On Sept. 6, Amjad Gulzar, executive director of Caritas Pakistan, joined Father Asif Saleem, parish priest of St. Philip’s, in handing over kitchen sets to 150 displaced families. He urged them to help each other and organize themselves to fight for their housing rights.

Rehana Sohail, a Catholic mother, thanked the charity. “Despite its condition, we continue praying in the church regularly. We thank God for preventing any loss of lives in protests against the church's demolition,” she said.