Caritas Pakistan aims to turn down the heat 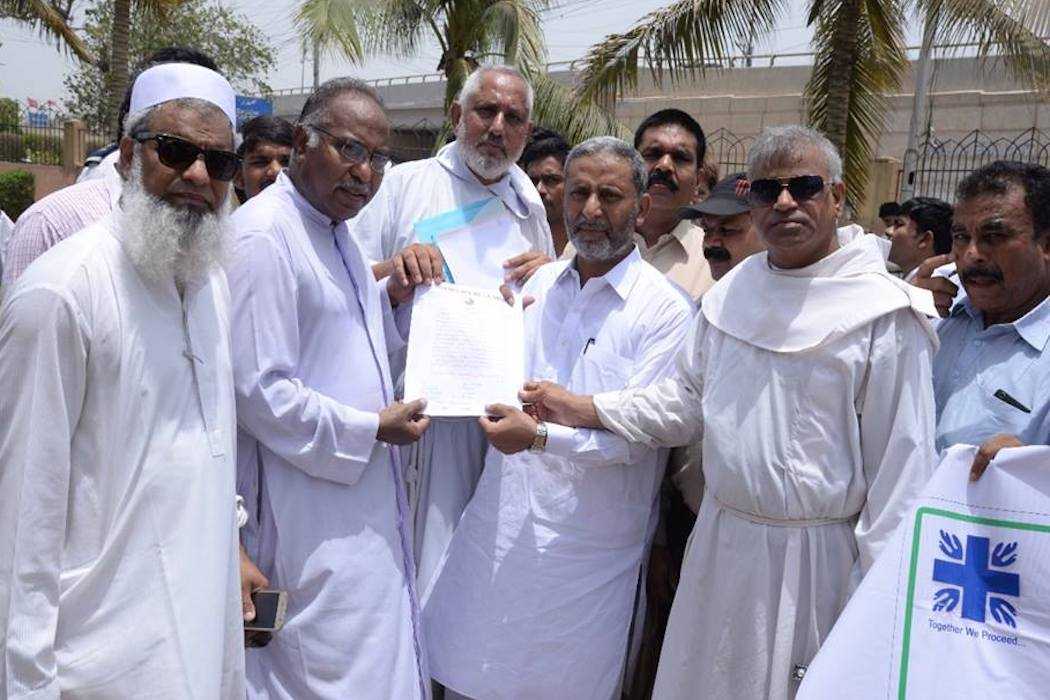 As Pakistan remains in the grip of a scorching heat wave, Caritas Pakistan held a walk in the southern coastal city of Karachi to stress the importance of planting more trees to tackle climate change.

Faisal Edhi, who heads the Edhi Foundation that runs Karachi's central morgue, said on May 22 that 65 people had died of heatstroke in the city's poor neighborhoods.

Hundreds of people, including Capuchin, Franciscan and Dominican priests and nuns and students of St. James Nursing School and St. Philip's parish, took part in a walk from Christ the King Seminary to the Civic Center.

The average temperature in Karachi is 30-37C in summer but due to massive cutting of trees to expand roads, temperatures have soared to 40-44C this year, said Mansha Noor, executive director of Caritas Karachi.

He said Caritas Pakistan had been planting trees to reduce the impact of the scorching summer. "We have planted around 12,000 mangroves in the last three years," he said.

"The aim of the walk is to raise awareness about the changing climate and environmental issues," he said.

Walkers picked up plastic bags on the route.

At the Civic Center, Father Deigo planted a tree and presented a copy of Laudato si' to Karachi Development Authority officials.

A severe heat wave in June 2015 caused the highest recorded temperatures in Karachi since 1979. It followed a heat wave in India that killed 2,500 people in May 2015.