Program seeks to support about 1,500 people who have remained jobless since January 2020 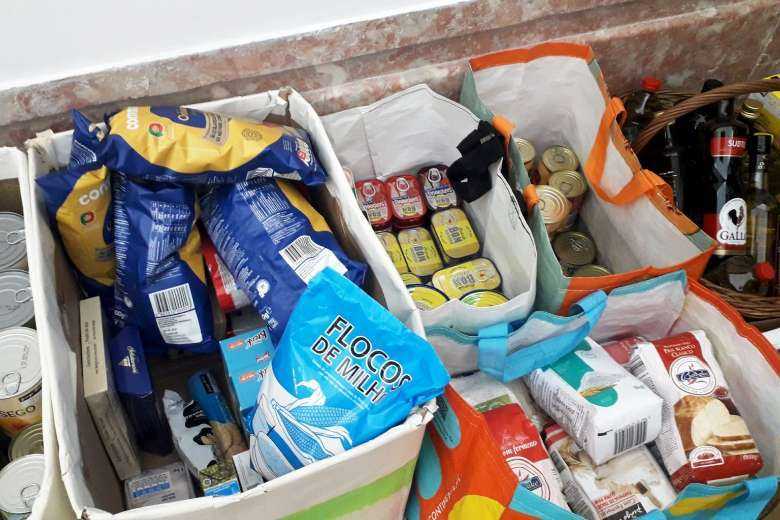 Caritas Macau will offer food assistance to hundreds of unemployed people with funding from the government. (Photo: Jornal O'Clarim)

Caritas Macau has joined hands with authorities to run a food assistance program for thousands of poor and unemployed people in the Chinese-ruled special administrative region.

The Social Affairs Bureau of Macau has selected Caritas to execute the program that aims to help about 1,500 individuals who have been laid off on the island for various reasons including the coronavirus pandemic, reports Jornal O-Clarim, the Portuguese-language Catholic weekly of Macau Diocese.

This 10-week scheme will run with estimated funding of US$1 million and solely benefit those who have been rendered "involuntarily unemployed."

“There are many who have lost their jobs and have had their contracts terminated. This initiative aims at helping these people who are unemployed because of external circumstances,” said Paul Pun, secretary of Caritas Macau.

The program is available to those who have been unemployed since January 2020. Unemployed people who receive subsidies from the administration are not eligible.

Caritas Macau has asked applicants to register for aid on its website to receive aid through four food banks.

The food program is one of the Macau government’s social safety net schemes that have benefited residents hit hard during the pandemic.

Macau, a Portuguese colony from 1557 to 1999, is known as one of the wealthiest cities in Asia for its thriving gaming and gambling industry. However, due to the impacts of the pandemic, the city has seen a sharp rise in unemployment.

In March, the unemployment rate in Macau had increased to 3.5 percent from 3.3 percent in February, according to Trading Economics.

Pun said people just don’t need food but also psychological support due to sudden changes in their employment and family situation because of the pandemic.

In 2021, Caritas Macau received about 12,400 calls from people who needed some sort of psychological support and counseling. By April 2022, it had received and responded to about 4,410 such calls this year.

In addition, Caritas has reached out to hundreds of non-resident workers and provided each with 20-30 patacas per day with generous donations from benefactors.

“They are allowed to take goods that are close to the end of their shelf life so that quality food may be given to those who are in an even worse situation,” Pun said.

Macau has an estimated population of 700,000 in an area of about 30 kilometers, including some 30,000 Catholics in nine parishes.