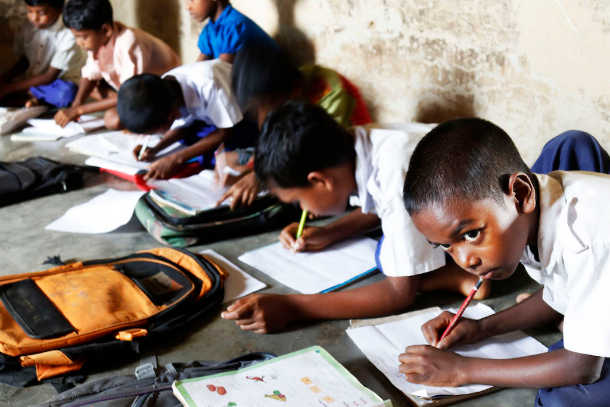 Students in their classroom at Prayagpur Child Education Center in the Birampur area of Dinajpur district, run by the Lighthouse project of Caritas Bangladesh with funding from the European Union, on Oct. 15, 2018. (Photo by Stephan Uttom/ucanews.com)

Catholic charity Caritas has closed a major education scheme for poor and underprivileged children in Bangladesh after the project’s term ended and donors decided to discontinue funding.

In 2012, Caritas received funding of 10 million euros (US$11.4 million) from the European Union and Caritas France to offer basic education to thousands of poor children.

The project called Aloghor (Lighthouse) was part of the EU's Supporting the Hardest to Reach through Basic Education (SHARE) non-formal primary education program.

Caritas was entrusted to run 1,005 schools across Bangladesh to offer basic education to more than 158,000 unschooled and dropout children from communities with no school at all.

The project reached the end of its term in November 2017 but Caritas appealed to the EU to extend it to December 2018.

“This is a sad reality but we have decided to support selected schools in needy and vulnerable areas to continue,” Ranjon Francis Rozario, Caritas Bangladesh assistant executive director (programs), told ucanews.com.

Some 383 schools in remote areas of Bangladesh previously funded by the Lighthouse project will continue operating with the support of Catholic dioceses, Caritas offices and local people. School maintenance costs will be minimized and teachers will have reduced salaries.

“The schools will run like this for one year and during this period we will try to convince donors to fund them. Moreover, we have made efforts over the years to reintegrate poor children to nearby government schools in the area,” Rozario said.

Jyoti F. Gomes, secretary of the Bangladesh Catholic Education Board, said the project’s closure would deprive many disadvantaged children.

“This project had a specific focus on children from poor, underprivileged and hard-to-reach communities. Without the project, I am afraid many poor children will be deprived of the light of education,” he told ucanews.com.

“The government is working to ensure basic education for all and it claims 100 percent coverage in school enrolment. The government does not want international organizations to fund local NGOs for education.

“The government has non-formal education as a second chance for dropouts or neglected children. This scheme has existed for years and it will continue. However, children in remote areas, who cannot come to us for education and require us to go to them, might be neglected.”

Nearly a quarter of Bangladesh’s more than 160 million people live in extreme poverty, according to the World Bank.

Poverty is a major barrier to education in a country where the official literacy rate is about 60 percent.

Primary education is free in government schools, but students must pay tuition fees in private schools, so millions drop out of school after grade five because their families cannot afford their tuition fees from grade six.

In 2016, about 38 percent of students dropped out of secondary schools in Bangladesh, according to the state-run Bangladesh Bureau of Education Information and Statistics.

In 2014, a UNICEF report said 5.6 million Bangladeshi children were not in school. 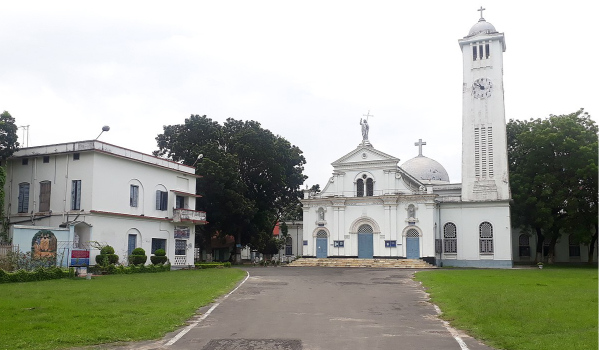