Caritas college gets down to business 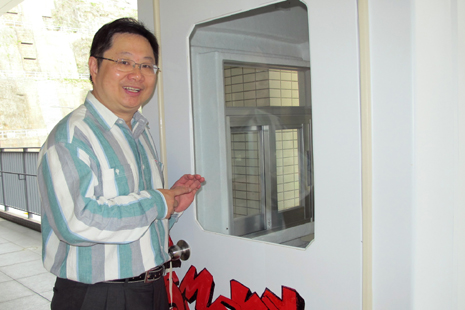 “Towards a Catholic university” is the slogan at Hong Kong’s newly-established Caritas Institute of Higher Education (CIHE). But as it opens its doors and prepares to welcome its first intake, the first course it offers will not be in a Catholic or theological subject; it will be a Bachelor of Business Administration degree, a popular, practical option much demanded by Hong Kong students. Dr. Reggie Kwan, CIHE president, admits that theological or religious courses could not be part of the initial offering as they simply would not attract enough enrolments. “But as Hong Kong’s sole tertiary institution with a Catholic background, the CIHE will hold fast to the Catholic vision, to provide all students with a holistic education and correct human values,” he says. “The seemingly boundless economic growth makes it ever more necessary to search for some meaning in life,” he adds. “The Catholic liberal arts education in our curriculum will provide a framework where ethical, moral and spiritual values are not only emphasized but percolate through every course.” “I believe every student’s personality and morality, as well as their professional knowledge, will be enhanced when they graduate from here.” Formerly known as Caritas Francis Hsu College, after the first Chinese bishop of Hong Kong, the institute was established in 1985. The first academic year under its new name will start in September. Its four-year BBA degree, which is recognized by the government, will include training in accountancy, corporate management and information systems. It plans to launch future degree courses that are directly relevant to Caritas services, so students will have intern opportunities on Caritas projects such as hospitals, hostels, social centers and schools. The ultimate aim is to develop CIHE into a fully fledged Catholic university in five to 10 years. “In a technologically advanced and fast evolving commercial city like this one, the role of a Catholic university assumes an ever greater importance and urgency,” Kwan says. He remains relaxed about the recent application by the Society of Jesus to open a tertiary institute in Hong Kong, which could entail a duplication of efforts and resources. “Our mission is different from the Jesuits’,” he says. “They specialize in academic research, while we aim at giving students a chance. We’re targeting students who are eligible but not accepted by the local universities because of insufficient quotas.” In fact, Kwan says he would positively welcome a Jesuit university here. “Their profound experience in running higher institutions across the world would stimulate Hong Kong education,” he says. Related reports: Catholic schools agree to reduce classes Church Revives Appeal For Judicial Review Of School Management Policy Diocesan Education Commission to Promote Morals, Religion Course