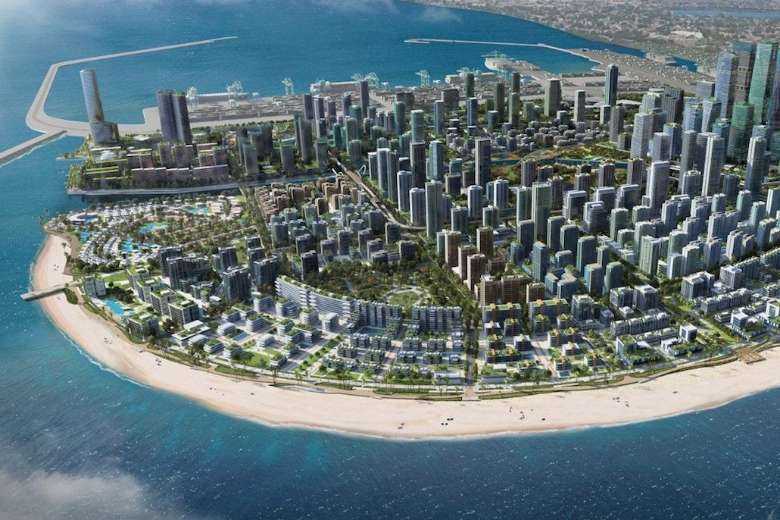 A rendering of the US$1.4 billion Colombo Port City project.

Religious leaders and rights activists have urged the Sri Lankan government to postpone legislation to set up a powerful economic commission in a Chinese-built port city.

The Colombo Port City Economic Commission Bill aims to establish a commission to grant licenses, registrations, authorizations and other approvals to operate businesses.

The US$1.4 billion Port City project is a special financial zone being built on land reclaimed from the sea.

But Cardinal Malcolm Ranjith warned that Sri Lanka is in danger of becoming a "Chinese colony" if the government rushes the bill through without consulting the people.

The government intends to pass the bill as quickly as possible but many political parties and civil rights organizations have filed petitions at the Supreme Court. The court identified parts of the bill as inconsistent with the country's constitution.

Ven. Elle Gunawansa Thera, who attended a press conference with Cardinal Ranjith on May 19, said the Supreme Court has asked to amend 25 clauses in the bill.

At present there are many geopolitical issues in the country

He said the bill should not be passed suddenly and that the views of the people should be sought.

"We have handed over the country to the politicians for five years only to rule and people are the owners of the country," said Ven. Gunawansa Thera.

"At present there are many geopolitical issues in the country. China is on one side, India and the United States on the other side."

Petitioners say Chinese loans could become a debt trap and warned that Sri Lanka has already handed over Hambantota Port to China in 2017 as its debt increased for a 99-year lease.

Anura Kumara Dissanayake, leader of Janatha Vimukthi Peramuna (JVP), a leftist party, said the Supreme Court had ruled that nine sections of the bill should be passed through a referendum.

"The government will pass an unconstitutional bill if the JVP and other groups do not go to the Supreme Court," said Dissanayake.

"If we as the JVP and all others could not go to the Supreme Court, this government would pass a bill that is unconstitutional. That is why the government planned to pass the bill by preventing the possibility of going to the court in one day."

Environmentalist Nuwan Sameera said that as China gets closer to Sri Lanka, the Asian and international communities have begun to pay attention to Sri Lanka.

"On the one hand, there is an idea that Sri Lanka will fall into a debt trap with China and there is a fear that the country will be influenced by other countries," said Sameera.

"The damage to sea creatures, the seabed, fishermen and the people living in coastal areas as well as the environment is enormous."

Cardinal Ranjith called on the government not to pass the bill in the face of the Covid-19 pandemic.

"Due to the coronavirus, our people are at a big risk at the moment. In such a situation, what is the urgency of passing the bill very soon? Then we would have some doubts about the transparency of the government," said Cardinal Ranjith.

That means a Chinese colony is being formed in our country, but our country is Sri Lanka

Sri Lanka reported its highest single-day coronavirus death toll with 36 on May 19, raising the overall total to 1,051.

Cardinal Ranjith said the government needs to ask the people before handing over resources to others.

"I request the government to postpone passing the proposed bill on behalf of the people," he said.

"I saw the signboards at the port city. They are written first in Sinhala, second in English and third in Chinese. That means a Chinese colony is being formed in our country, but our country is Sri Lanka," he said.

The Supreme Court said several provisions of the bill were unconstitutional and should be passed by a referendum and a special majority in parliament.

Prime Minister Mahinda Rajapaksa said he respects the decision of the Supreme Court and hopes to add all the instructions and directives given by the court at the second reading of the bill.