Acknowledges his predecessor 'mishandled' abuse case in which documents were destroyed 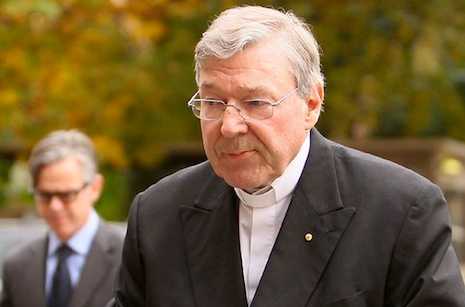 Australia's most senior Catholic cleric has taken the stage today as the final witness for the Victorian inquiry into how religious and non-government organizations have responded to sexual abuse claims.

Cardinal Pell said while he had personally never covered up offending, it had largely escaped the view of church officials who didn't know what a "mess" they were presiding over.

He vehemently rejected claims that there had been a "culture of abuse" among priests.

"I think the bigger fault was nobody would talk about it, nobody would mention it," he said, admitting his predecessor as Melbourne archbishop had "mishandled" one abuse case by destroying documents.

"He clearly did the wrong thing."

Cardinal Pell agreed under questioning that the fear of scandal led to a cover-up.

''The primary motivation would have been to respect the reputation of the church. There was a fear of scandal.''

Cardinal Pell said suicides among abuse victims had occurred as a result of "inactivity" by the church.

''I would agree that we've been slow to address the anguish of the victims and dealt with it very imperfectly,'' he told the inquiry.

''I think a big factor in this was not simply to defend the name of the church,” he said.

''Many in the church did not understand just what damage was being done to the victims. We understand that better now.''

Cardinal Pell said the sodomy of children was always regarded as totally reprehensible.

''If we'd been gossips, which we weren't ... we would have realized earlier just how widespread this business was,'' Cardinal Pell said.

He admitted lives had been ruined as a result of the cover-ups.

He agreed the systemic cover-up had allowed pedophile priests to prey on children.

''I would have to say there is significant truth in that,'' Cardinal Pell said.

He agreed the church's assets in Australia would ''certainly be very considerable''.

''We are always ready to pay whatever the law of the land says about compensation,'' he said.

Cardinal Pell said Australian compensation – a maximum of $75,000 – was low compared to the United States but compared quite favorably with the vast majority of the world.

''We will pay whatever the law recommends is appropriate compensation,” he said.

''Many of the victims aren't particularly interested in money. The more important thing is due process, justice and help with getting on with their lives. The church will continue to fulfill its obligations as they're defined in Australian society and will continue to try to help victims.''