Cardinal Bo calls for week of prayer for China Church 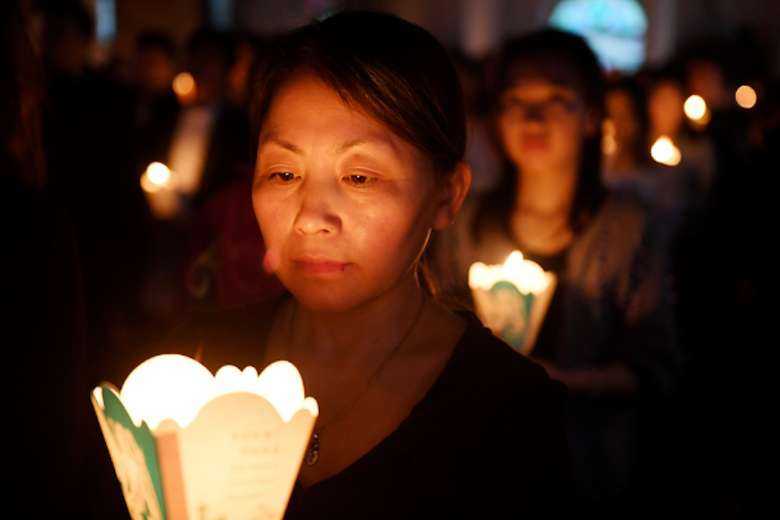 Cardinal Charles Bo, president of the Federation of Asian Bishops’ Conferences (FABC), has called on the faithful to join a week of prayer for the Chinese Church from May 23-30.

In 2007, Pope Emeritus Benedict XVI published his letter to the Church in the People’s Republic of China and designated May 24, the feast of Our Lady of Help of Christians, as an annual worldwide day of prayer for the Chinese Church.

“We should ask Our Lady of Sheshan to protect all humanity and therefore the dignity of each and every person in China, in the words of Pope Benedict’s prayer, to believe, to hope, to love,” said Cardinal Bo in a March 14 statement.

“We are reminded that the whole of the Church’s social doctrine, in fact, develops from the principle that affirms the inviolable dignity of the human person.”

He said he is expressing his love for the people of China, his respect for their ancient civilization and extraordinary economic growth.

“My hope is that as it continues to rise as a global power, it may become a force for good and a protector of the rights of the most vulnerable and marginalized in the world,” Cardinal Bo noted.

The cardinal said that since the start of the Covid-19 pandemic, the people of China have faced increasing challenges that impact us all.

“It is right that we should pray not only for the Church but for all persons in the People’s Republic of China,” he stressed.

The 73-year-old prelate said many parts of the world are currently challenged, including his own country of Myanmar, but in a spirit of solidarity it is right to focus not only on our own challenges but to also pray for others.

Myanmar is facing political turmoil following the Feb. 1 coup that sparked daily protests against military rule for more than a month.

More than 70 people have been killed and nearly 2,000 people arrested in a bloody crackdown by security forces.

He has called for prayer for each person in China that they may seek and realize the full measure of happiness that our creator has given to them.

In a powerful message, the outspoken archbishop of Yangon last year called on China’s regime to apologize and offer compensation to the world for the damage caused by the coronavirus pandemic.

“Let me be clear — it is the Chinese Communist Party that has been responsible, not the people of China, and no one should respond to this crisis with racial hatred toward the Chinese,” Cardinal Bo said in a message in April 2020.