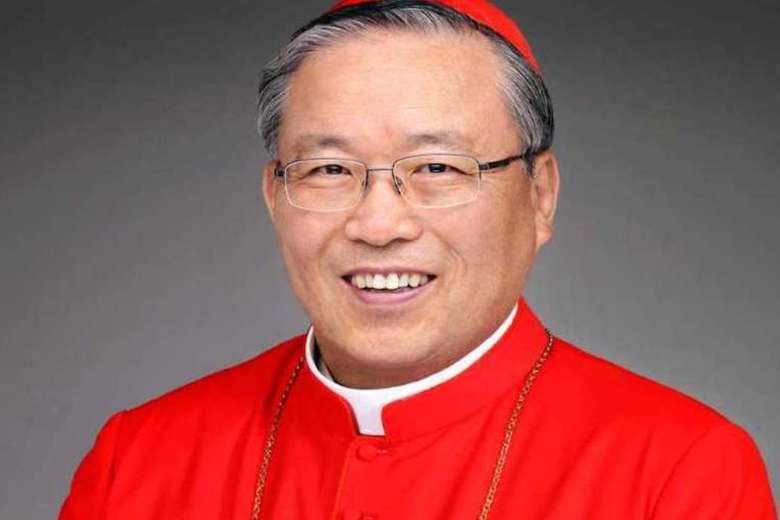 South Korean Cardinal Andrew Yeom Soo-jung has stressed the need for peace in Korean Peninsula as he addressed participants of the 52nd International Eucharistic Congress in Budapest, Hungary.

Cardinal Yeom, Archbishop of Seoul and Apostolic Administrator of Pyongyang, North Korea, spoke on “The Church in Korea: yesterday, today and the way” on Sept. 10, said a press release from Seoul Archdiocese.

The prelate presented the history and growth of the Church in Korea and its significant roles in dealing with various issues affecting Korean society.

Cardinal Yeom said the continued threat to peace on the Korean Peninsula challenges the Church in Korea.

The cardinal's plea came as North Korea test-fired a new "long-range cruise missile" over the weekend.

North Korean state media reported the development on Sept. 13  with the United States saying the nuclear-armed country was threatening its neighbours and beyond.

Such a weapon would represent a marked advance in North Korea's weapons technology, analysts said,  better able to avoid defence systems to deliver a warhead across the South or Japan -- both of them US allies.

Cardinal Yeom referred to a message of Pope Francis. “It is not easy to build this evangelical peace. It requires great openness of mind and heart... We must be artisans of peace, for building peace is an art that requires serenity, creativity and dexterity,” he said quoting the pope.

“So, I ask myself, ‘How do we acquire these gifts that are so necessary to achieve peace?’ Several answers come to mind. The first is contained in the words of Christ. Christ invites us to look at our own hearts, without judging others, but coming to know ourselves,” Cardinal Yeom said.

The prelate said the “second step to peace is prayer.” Cardinal Yeom said that for 26 years every Tuesday Catholics gather in Seoul Cathedral to pray for the reconciliation and unity of the Korean people and for the ‘Church of Silence’ in North Korea.

“We have also asked each believer who wishes to do so to pray for one of the 57 parish churches that existed in North Korea before the war. This spiritual twinning helps us not to forget and to keep their memory alive. On August 15, 2020, I also chose to consecrate the Diocese of Pyongyang and all of North Korea to Our Lady of Fatima, Queen of Peace, so that the Virgin may watch over and protect that land,” he said.

Cardinal Yeom said that his concern was to make churches across the globe aware of Korean Church’s efforts for reconciliation and reunification in Korea.

Korean Church has also been organizing an annual International Forum with the title “Sharing Peace on the Korean Peninsula.” The Korean cardinal thanked Hungarian cardinal Peter Erdő, a member of the Vatican’s Secretariat of State, for participating in the peace initiative.

“Sharing with the others, the history of their nations and their experience of faith, has enriched us greatly and has given us ‘dexterity,’ as the Holy Father said,” Cardinal Yeom said.

The prelate also denounced the prevalence of self-interest and materialism, the absence of universal ethics and disrespect to human dignity. He also expressed concerns about restrictions on evangelical activities due to Covid-19 pandemic.

Following the end of Japan’s repressive imperial rule (1905-45) after World War II, the United States and the Soviet Union divided Korea into two. The efforts to unify the two nations failed following US and Soviet disagreements in 1947 that led to the deadly Korean War (1950-53).

During the war, the Communist forces from North Korea invaded the South, leading to 4 million deaths and displacement of some 10 million families. The war ended with an armistice, not a war treaty, on July 27, 1953. It means the two nations are technically still at war.

Peace and reconciliation in Korean Peninsula are major pastoral priorities for Catholic Church in Korea.

In 1997, Catholic bishops established the Special Commission for the Reconciliation of the Korean People. Each year, on Aug. 15, churches in Korea pray for peace and the reunification of two Koreas.