'We look forward to him coming to Canada to deliver that apology in person,' Justin Trudeau added 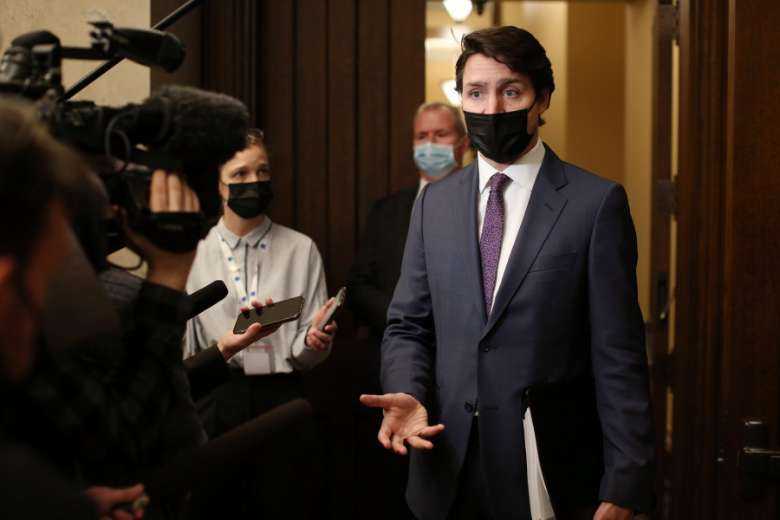 Some 150,000 Indigenous, Metis and Inuit children were forcibly enrolled from the late 1800s to the 1990s in 139 residential schools across Canada, spending months or years isolated from their families, language and culture.

"Today's apology is a step forward in acknowledging the truth of our past in order to right historical wrongs, but there's still work to be done," Trudeau said after Pope Francis delivered the apology at the Vatican to a visiting delegation.

"We look forward to him coming to Canada to deliver that apology in person," the prime minister added. This was a key request by Indigenous leaders, which Francis acknowledged, expressing a willingness to visit in July.

Many of the children were physically and sexually abused by headmasters and teachers, and thousands are believed to have died of disease, malnutrition or neglect.

A truth and reconciliation commission concluded in 2015 that the failed government policy of assimilation amounted to "cultural genocide."

Discoveries of 1,300 unmarked student graves at several of the former schools since last May -- with ongoing searches expected to uncover many more -- has shocked the nation.

"Canada's history will forever be stained by the tragic reality of the residential school system," Trudeau said in a statement, noting that its impact continues to be felt by former students, their families and communities.

"We cannot separate the legacy of the residential school system from the institutions that created, maintained, and operated it, including the government of Canada and the Catholic Church," he said.

"As a country, we must never forget the unthinkable tragedies that took place and we must honor the children who went missing and never came home."

Governor General Mary Simon, the first Indigenous woman to serve as Queen Elizabeth II's representative in Canada, called it a "historic and emotional day for Indigenous peoples across Canada."

She praised the Pope's apology as "meaningful," and echoed Trudeau's sentiment that more work needed to be done.

"The apology is one step on the road to reconciliation, but it is just that: one step," she said in a statement. "This is a hopeful day, but it must be backed by action."