For the first time, Pyongyang faces the possibility of being held accountable for rights abuses 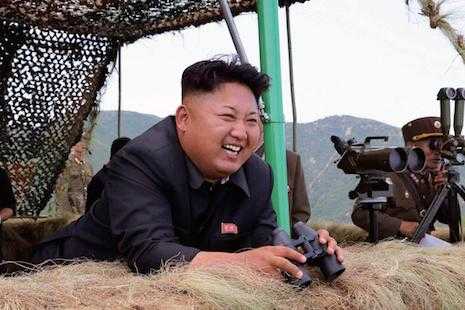 Since the UN established an envoy on rights in North Korea a decade ago, the person filling that position has gotten nowhere fast. The regime under Kim Jong-il and, since late 2011, his son Kim Jong-un has flatly refused access to the country and all but shut down communication amid a barrage of angry denials.

Suddenly, that changed last night. During the first-ever talks between North Korean officials and special envoy Marzuki Darusman, the world’s most reclusive state indicated it would be willing to receive a visit to assess the country’s appalling rights situation. The UN finally has leverage with North Korea, but how far can it go?

The driving force behind North Korea’s recent turnaround has been the UN Commission of Inquiry, which this year published 400 pages documenting rape, torture, killings and a network of gulags — shown by satellite imagery — that are believed to contain 120,000 people.

As noted by Human Rights Watch (HRW), no country was willing to back North Korea’s referral to the International Criminal Court (ICC) in Rome before the commission’s report. Since its publication in February, Europe has united en masse behind an ICC referral; so too Japan and more quietly the US.

Meanwhile, countries including Chile have said North Korea must be held accountable, and Botswana has even severed diplomatic ties: “It does not want to be associated with a government that continues to display such total disregard for the rights of its citizens.”

From tomorrow, the situation is set to get even more uncomfortable for Kim’s authoritarian regime: The UN General Assembly will be presented with a draft resolution that mentions Kim by name and calls for a referral to the ICC.

Last night, North Korea’s desperate last-ditch attempt to get Kim’s name and the ICC removed from the draft looked futile as European diplomats indicated they don’t trust Pyongyang, which had tried to use a special envoy visit as a bargaining chip.

During the second half of next month, the UN will vote on the resolution during its Third Plenum, a committee that looks at a host of human rights cases. If it gets passed, things start to get serious: the UN Security Council may be asked to consider the situation of North Korean rights on its agenda, which in turn could lead to a resolution calling for referral to the ICC.

There are many hurdles en route but the momentum is clearly building, hence the recent softening of North Korea’s previously dismissive stance. Journalists in New York at the UN have recently reported an unprecedented charm offensive by North Korean diplomats handing out name cards, inviting people out for coffee and offering interviews.

They clearly realize that the UN is reaching a moment of truth, which was also noted by the head of the Commission of Inquiry, Michael Kirby, last week.

“The essential question will be whether the United Nations will stay the course and adhere to making the principle of accountability of great crimes a reality,” he told reporters at UN headquarters in New York.

With North Korea, the UN is about to enter unchartered territory. To date, only African countries have faced a serious examination on rights by the UN’s most powerful body, the Security Council. This is hardly a surprise when it is remembered that France, previously the biggest colonial power in Africa, is a permanent member and the others — the UK, US, China and Russia — have few political stakes there. None, of course, share borders.

Perhaps the closest the Security Council has come to intervening on rights in East Asia came in early 2007 when it voted on a resolution that would have scolded then military-ruled Myanmar. China and Russia issued a double veto following a flurry of diplomatic jockeying around the UN headquarters as both claimed Myanmar’s internal situation posed little threat to international peace.

In hindsight, it was an effort doomed to fail, which made little in the way of a cohesive argument that could appease Russia, and more importantly, neighboring China. Claims in the draft that Myanmar posed a wider threat because of periphery civil wars and HIV were far from convincing.

Since then, times have changed. The UN Human Rights Council has become the UN Rights Commission and suddenly has more teeth, as acknowledged by HRW and Amnesty International.

The parameters of what constitutes a security threat have in turn also adjusted. Certainly, the case of North Korea is far more compelling, tying in as it does with nuclearization on the Korean Peninsula.

Still, the effort will be a serious challenge. African countries have come under greater scrutiny mostly for two key reasons: recent rights disasters there have been more explosive, and African nations enjoy little geopolitical protection from the permanent five members of the Security Council given their relative lack vested interests.

The key test in the North Korea case will be convincing China — not to support an effort but, more realistically, not to shoot it down with a veto. Last week, a foreign ministry spokesman dismissed the ICC effort against North Korea, and on Saturday the Chinese ambassador in Pyongyang, Liu Hongcai, attended a ceremony commemorating their joint involvement in the Korean War where he noted their continued “solid alliance”.

But those are just standard niceties. Most analysts have noted recently that ties between Beijing and Pyongyang are not what they were, that North Korea has grown sick of China’s patronizing attitude behind the scenes and that perhaps Xi Jinping’s government wants Kim’s to change.

As noted by many North Korea watchers this week, China has only ever used its power of veto 10 times, including on Myanmar — a great deal many times less than the other permanent members of the Security Council.

“I don’t think a veto should be assumed,” Kirby, the Australian judge leading the commission of inquiry, said last week.

The key to further progress is therefore exerting enough of a chorus in support of the resolution that China becomes isolated and abstains rather than shoots it down.

Since the ICC started working in July 2002 only one acting leader of a country has been referred to the court: Omar Hassan Ahmed Al-Bashir, for grave abuses against civilians in Darfur.

On Saturday, Kim's number two, Kim Yong Nam, met with Bashir in Khartoum, who in turn conveyed "his heartfelt regards to Kim Jong-un", according to the state-run Korean Central News Agency. Whether they discussed the ICC remains a tantalizing question, yet the answer unknown: in Kim's case it would have been prudent.

For the first time, North Korea's reclusive leadership faces the increasingly real possibility of being held accountable for decades of rights abuses. And even if things don't get as far as the ICC, there is hope that the UN's growing clout could at least promote positive changes in behavior from North Korea's regime. 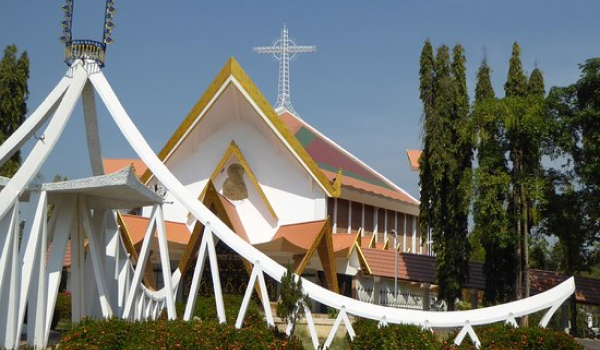