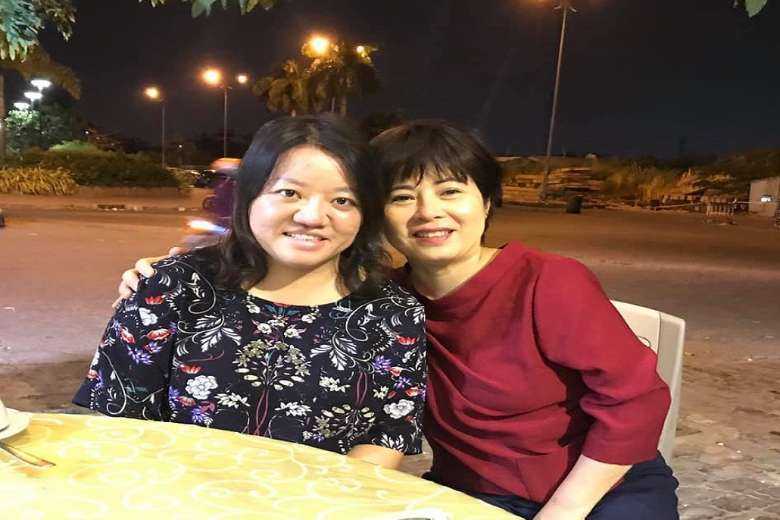 Well-known journalist and rights activist Pham Doan Trang (left) and another activist pose for a photo before her arrest in October. (Photo: Facebook)

An international group working for media freedom has launched an online campaign seeking to end the detention of a Vietnamese journalist, who is seen as a symbol of the fight for freedom of expression.

Reporters Without Borders (RSF) last week launched an online petition seeking "immediate and unconditional release" of journalist and rights activist Pham Doan Trang. The 42-year-old journalist was arrested on Oct. 7 this year on charges of "making storing and spreading information to oppose the State of the Socialist Republic of Vietnam."

RSF maintains Trang, who founded two online publications, was under house arrest since February 2018.  She was arrested after her publications -- Luat Khoa and Vietnamese -- helped Vietnamese people to understand the country's laws, defend their rights, and resist the Vietnamese Communist Party's authoritarian rule, RSF said. Trang, who won RSF Press Freedom Prize for Impact last year, "is being prosecuted like a common criminal and is facing up to 20 years in prison although all she did was provide her fellow citizens with information that would help them to fully enjoy the rights that their country's constitution is supposed to guarantee," it said. The Paris-based group said Trang, one of the leading representatives of independent journalism in the Southeast Asian country, "could be tortured ..she doesn't deserve to be in prison." Trang has "become a symbol of the fight to provide her fellow Vietnamese citizens with reliable, independent journalism," Daniel Bastard, the head of RSF's Asia-Pacific desk, said. "By signing this petition for her release, you demonstrate a commitment to press freedom in a country where all the media are strictly controlled by the communist party's propaganda bureau," his appeal said.  In its latest report issued on Dec. 8, CIVICUS, a global rights group, rated Vietnam as a "closed" country, the worst rating for human rights. Such ratings are given to countries where state and non-state actors are routinely allowed to imprison, injure, and kill people for attempting to exercise their fundamental freedoms.