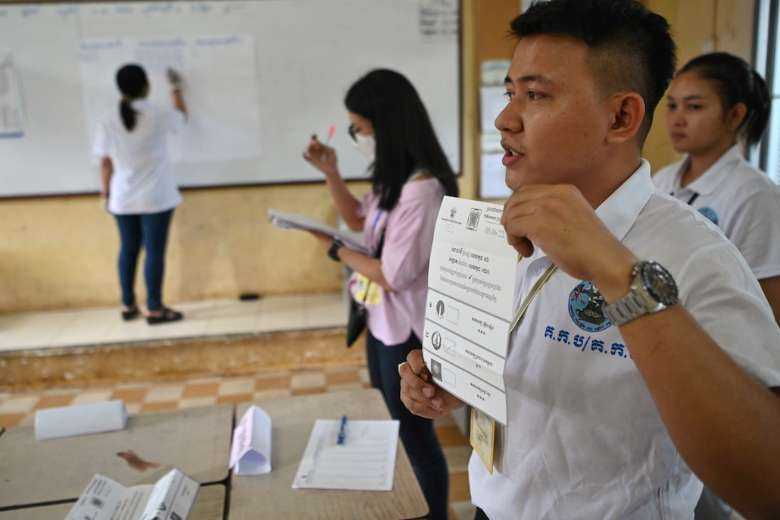 The long-ruling Cambodian People’s Party (CPP) has claimed victory in the commune election, which passed off quietly and was praised as free and fair by the National Election Committee (NEC) and government-friendly interests.

According to the online Fresh News service, the CPP was ahead of all 16 parties contesting the vote on June 5, according to thousands of polling stations from across the country.

CPP spokesman Sok Eysan said initial reports indicated his party was dominating the result and winning in most communes in all provinces and cities.

“According to our estimate, candidates from the Cambodian People’s Party will be elected to be the commune chiefs in at least 99 percent of the 1,652 communes contested for in yesterday’s election,” he told the Khmer Times. “I can say that the opposition will get seats in 10 communes or so.”

“I am absolutely delighted that the people continue to vote in favor of the Cambodian People’s Party.”

"The election was calm, peaceful and non-violent. Additionally, the delegation did not notice any protests which could affect the election process or the result"

The NEC will announce the final results later this month. Details regarding the overall vote and how the main opposition Candlelight Party had fared were not disclosed.

"The election was calm, peaceful and non-violent. Additionally, the delegation did not notice any protests which could affect the election process or the result,” the Centrist Asia Pacific Democrats International said in a statement, echoing previous comments from the NEC.

In Dang Peng commune in Koh Kong province, 39-year-old Sarum Sreymeas also said the election was free and fair “because nobody forced you to vote for anyone. They just handed me the how to vote card and I did everything myself.”

Her sentiments were echoed by Chev Puthy, 22, in Srang Commune in Kampong Speu province, who said “everything went smoothly.”

“There were a lot of people who went to vote,” he said. “From the beginning to the end, I watched and it went very free and fair because the polling station that I went to was open to all people while they were counting the ballots.”

However, Liz Throssell, spokesperson for the UN Human Rights Office, said she was disturbed by a pattern of threats, intimidation and obstruction that had targeted opposition candidates ahead of the commune election.

“Candidates have faced numerous restrictions and reprisals that have hindered their activities, with imprisonment of a number of candidates that appears designed to curb political campaigning,” she said.

“The latest bout of political obstruction follows on from the systematic shrinking of democratic space documented by the UN Human Rights Office over recent years.”