Rights group from Cambodia are among award winners from Palestine, Sierra Leone, Belarus, Portugal and Brazil 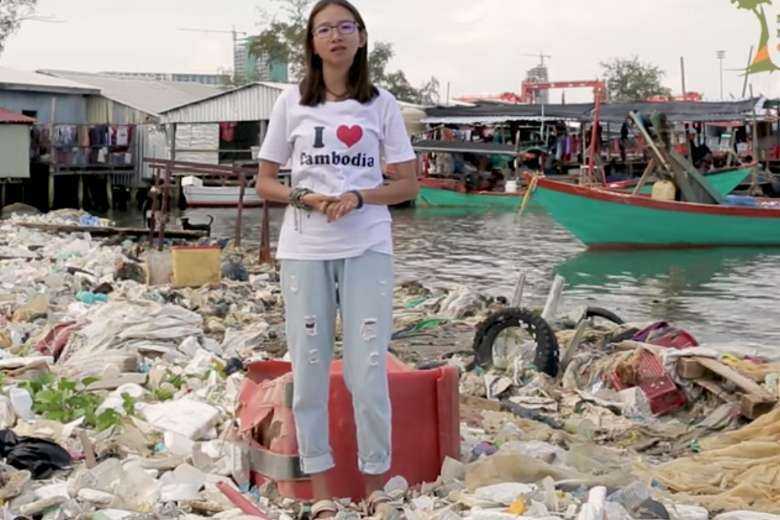 An international human rights group has awarded individuals and organizations from six countries including a leading environmental group in Cambodia for their fearless defense of rights amid threats and violence.

The group said it has honored human rights defenders tackling various issues such as racial justice, housing rights, minority rights, the protection and defense of the environment and land, self-determination and disability rights.

These groups have withstood various forms of harassment, intimidation, and threats, with some facing violence and some have been detained and charged, said Front Line Defenders.

“On the 20th anniversary of the establishment of Front Line Defenders, we are thrilled to present these six Award winners who are on the front lines of struggles for racial and environmental justice, equal rights and freedom,” said Front Line Defenders Executive Director, Andrew Anderson.

“Their courage and resilience are inspirational and demonstrate to all that another world is possible.”

Mother Nature Cambodia, a leading environmental movement in Cambodia, has been known for its relentless advocacy and campaigns locally and internationally for the preservation, promotion and protection of Cambodia's natural environment.

The movement, mostly led by young university students, monitors and challenges gross environmental violations and also raises awareness, educates and empowers people by providing them with training and financial support.

This year, three activists from the group were handed down 5-10 years in jail as the organization continued to a brave environmental campaign against a range of issues including pollution and illegal logging in protected areas.

Sami and Sameeha Huraini are activists from Youth of Sumud, based in South Hebron Hills region, one of the most violent areas in West Bank with extremist Israeli settlements. Their group escorts and saves shepherds and school children from threats of attacks of Israeli settlers and soldiers. In addition, Sameeha organizes activities for rural women.

Despite his peaceful activism, Sami face frequent harassment from Israeli settlers and military. He was arrested and currently facing a trial for participating in a peaceful protest on Jan. 8, 2021 against the military’s violence and shooting of Palestinian activist Harun Abu Aram.

Sameeha has also been detained and faced judicial harassment for defending the rights and land of her community.

Aminata Fabba is the chairperson of Malen Affected Land Owners Association (MALOA) in West African country, Sierra Leone. A farmer and a grassroots land rights defender in the southern provincial district of Pujehun, she waged a strong community movement resisting SOCFIN and other biofuel companies.

Aminata stood against the Chiefdom Authorities to protect her family land when large-scale land occupation started in Malen Chiefdom in 2011. She was arrested by police and detained for one week. Upon her release due to national and international pressure, she became a strong land rights activist against any occupation of land by the Socfin Agricultural Company (SAC).

Siarhei Drazdouski is the founder and director of the Office for the Rights of Persons with Disabilities in Belarus where Aleh Hrableuski works as a lawyer.

Senegal-born Mamadou Ba is a prominent anti-racism activist in Portugal. A member of the SOS Racismo Movement since 1999, he is also a founding member of several national and international organizations defending the rights of migrants and people of color.

His activism against hate speech and racism made him a target of far-right and neo-Nazi movement in Portugal. In 2020, he received a letter with a death threat and one bullet case. This year, an online petition demanded his Portuguese citizenship revoked and Mamadou be deported to Senegal. Since June, the headquarters of SOS Racismo were vandalized twice.

Brazilian Camila Moradia, founder of Women in Action in Alemão (MEAA) has vigorously defended the housing rights of some 1,300 families in Alemao complex, a slum in Rio de Janeiro. Following a government order in 2010, the communities were displaced, prompting Camila to carry out a resistance movement to demand housing rights for the community.

Five years later, she founded MEAA with women who joined her forces. However, now its mission stretches beyond housing rights.  It aims to end to violence against women and contribute to the empowerment of women and their families, thus strengthening their autonomy and guaranteeing their basic rights. So far, it has assisted more than 400 women.

The winners will be presented the awards during an online ceremony on Dec. 10, the International Human Rights Day.