Cambodian PM tests positive for Covid at G20 in Bali 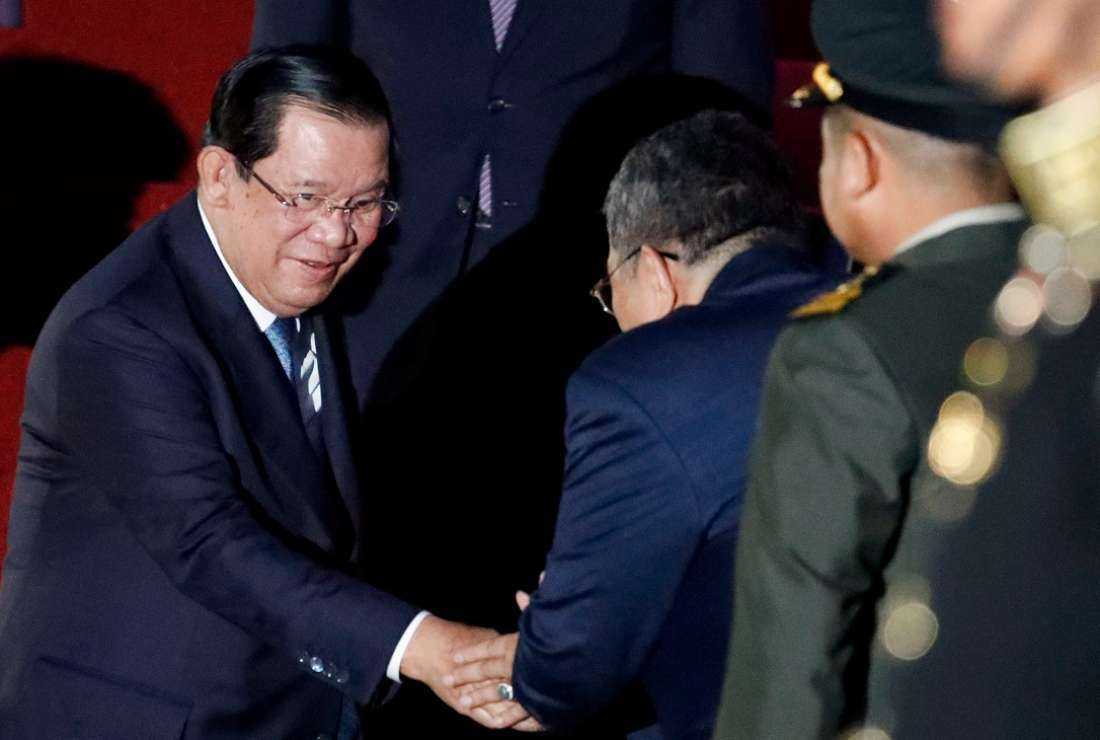 Cambodia's Prime Minister Hun Sen arrives at Ngurah Rai International Airport ahead of the G20 Summit in Bali on Nov. 14. On Nov 15 he said he had tested positive for Covid-19. (Photo: AFP)

Cambodian Prime Minister Hun Sen has tested positive for Covid-19 after arriving in Bali for the Group 20 (G20) meetings and will return home “for the safety of the delegates,” the outgoing chair of ASEAN wrote in an online post.

“I'm not sure when I got infected, but what is clear is that when I arrived, the Indonesian doctor took my sample in the evening and in the morning, I was confirmed positive for Covid-19, even though there is no suspected symptom,” he said on his Facebook page.

Cambodia is not a member of the G20 but Hun Sen was invited to represent the 10 nations of the Association of South East Asian Nations (ASEAN) at the meetings of leaders from the world’s 20 biggest economies in Bali.

He said that before leaving Cambodia, he took a rapid test every day while chairing the recent ASEAN and related summits, which ended on Sunday and included meetings with leaders from the United States, Australia, Japan, Canada, India and another eight leaders from ASEAN.

Hun Sen added that he took Covid-19 tests “especially before taking the flight” to Bali but those results were always negative. He has also canceled meetings with leaders from the Asia-Pacific Economic Cooperation (APEC), which are to be held in Bangkok later this week.

The 70-year-old prime minister also said “fortunately” after arriving late in Bali he had missed a dinner with some heads of state and governments, including Chinese leader Xi Jinping, to be hosted by the French president.

He was expected to return to Cambodia this evening and has negotiated with Indonesia, hosts of the G20 in Bali, to represent ASEAN on his behalf. Other leaders in Bali, including US President Joe Biden, have so far tested negative for the disease.

The ASEAN summits were the first in-person gathering to be held at the leader level by the trade bloc since the pandemic erupted about three years ago. Cambodia insists its Covid numbers are negligible and between Nov 9 and 13 reported zero cases.

Organizers and authorities have been criticized for their handling of the event but Ministry of Information spokesman, Phos Sovann, said some international journalists behaved unprofessionally, and had violated the privacy of certain leaders by taking pictures in prohibited areas.

He also said that on the last day of the ASEAN Summit journalists from Voice of America and the Voice of Democracy were barred from covering the event.

“This is a tradition and a principle of the leadership that in the past these two media outlets were not granted access to information from the prime minister,” he told the Khmer Times. “Sometimes they cut only a small part to publish and sometimes they do not publish at all.”

The pro-government newspaper also described the ASEAN Summit as the “Phnom Penh miracle.”