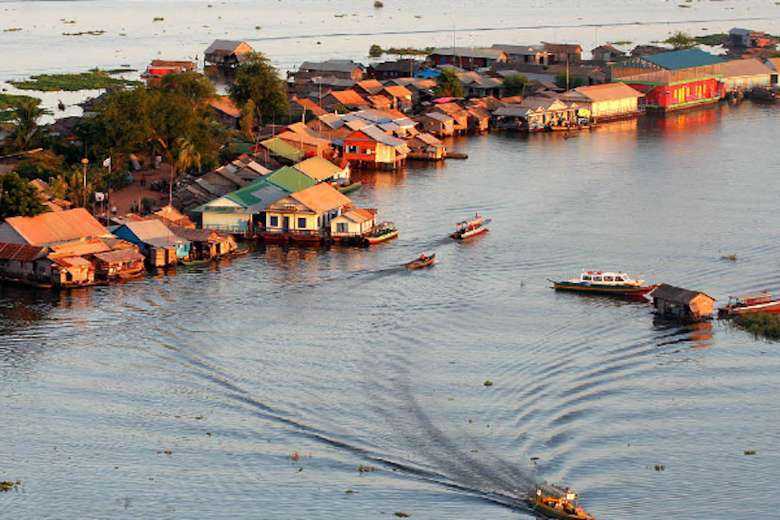 Cambodian authorities have launched a crackdown on illegal fishing in Tonle Sap lake, a major tributary of the Mekong River, following a directive issued by Prime Minister Hun Sen and claims that corrupt officials were involved.

“Is there a reason why the officials have not been successful in arresting the main people behind these illegal activities or have the authorities been involved in corruption?” Hun Sen asked. “If you cannot suppress illegal fishing, don’t work as governors.”

About 65 million people — mostly fisherfolk — live hand to mouth in the Lower Mekong basin where they have bitterly complained about falling fish stocks amid a four-year drought and claims of water hoarding in dams by upstream countries.

Their concerns include the use of electric fishing nets, also illegal, with average daily catches often falling to a low of 3 kilograms, compared with 10-20kg a decade ago.

Hun Sen also warned the governors of six provinces — Battambang, Banteay Meanchey, Siem Reap, Kampong Thom, Kampong Chhnang and Pursat — that they would be held responsible if illegal fishing continued unchecked and that they could lose their jobs.

The Khmer Times quoted Kampong Chhnang police chief Major General Khov Ly as saying at least 50 police officers and 15 fishery officials had been dispatched and will focus on illegal commercial fishing in Kampong Leng district where floating houses are located.

“Stop cutting down flooded forests, preserve them. Don’t just say it. We must do it for the next generation, for our race, for our history, for our children”

“Illegal fishing has been rampant in this district because it is a very remote area and there are a lot of floating houses,” Khov Ly said. “Now we are patrolling the areas and looking for illegal fishermen.”

Illegal fishing re-emerged as an issue after the president of the Royal Academy of Cambodia, Sok Touch, told Hun Sen that unchecked illegal fishing was depleting national resources.

He also implied that officials were too often taking photographs of efforts to repopulate Mekong fish stocks as opposed to enforcing the law.

“No need to release fish and take pictures of them. Just respect and apply the law on fisheries properly. Don’t allow the wrong nets, off-season fishing and all kinds of things to stun the fish,” Sok Touch said in a report by the Phnom Penh Post.

“Stop cutting down flooded forests, preserve them. Don’t just say it. We must do it for the next generation, for our race, for our history, for our children,” he said.

In the eight months prior to the outbreak of the Covid-19 pandemic in December 2019, authorities reported 1,843 cases of illegal fishing, with 89 people convicted and 19 imprisoned by the courts.

However, the pandemic has contributed to less ground monitoring.