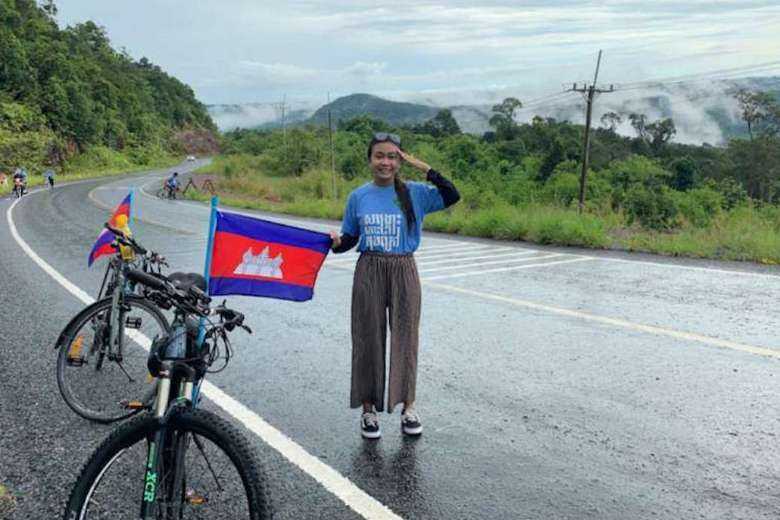 Cambodian authorities have arrested three people from the Mother Nature environmental group, charged them with terrorism and alleged their activities were “planned by foreign bosses abroad,” government-friendly media reported.

The Khmer Times said the three — Sun Ratha, an accountant; Ly Chandaravuth, a researcher; and Yim Leang Hy, a coordinator — were arrested two days ago by national police for being part of an illegal organization and using terrorist financing.

“All their activities are undertaken under the guise of helping the environment but actually incite the public to oppose and overthrow the government. This group operates with terror financing supplied to their bosses by foreigners,” Lt. Gen. Chhay Kim Khoeun told the newspaper.

He said Mother Nature, headquartered in Kampong Speu province, was established and led by Alejandro Gonzalez Davidson but its operations were canceled by the Ministry of Interior in September 2017 and Davidson was expelled from Cambodia.

The government-friendly online news portal Fresh News said the trio were charged with working with other illegal organizations commanded by Davidson.

It also said they were “using environmental issues as the pretexts to gather people's power to topple the government and that their activities are sponsored by terrorist financing.”

Mother Nature has adopted an aggressive approach to environmentalism in Cambodia and found itself targeted by the authorities amid a crackdown on opposition politicians and the independent press ahead of elections in 2018.

It says it “is fighting to put an end to the systematic destruction of Cambodia's natural heritage, done usually under the facade of development and economic growth but ultimately nothing but a means to enrich the country’s dictatorial elite.”

The US has cut aid to the Cambodian government wildlife and environmental conservation programs, saying the government had failed to defend protected areas from illegal logging.

Working through the Agency for International Development, the US has already invested more than $100 million to combat deforestation in the Prey Lang Wildlife Sanctuary and other vulnerable areas, the US embassy said in a statement released June 17.

“Unfortunately, the situation is worsening. Well-documented illegal logging continues in and around the Prey Lang Wildlife Sanctuary, and Cambodian authorities have not adequately prosecuted wildlife crimes or put a stop to these illegal activities,” it said.

“In addition, the government continues to silence and target local communities and their civil society partners who are justifiably concerned about the loss of their natural resources.”