Women carry food during the Pchum Ben festival (Festival of Death) at a pagoda in Phnom Penh on Sept. 10. (Photo: Tang Chhin Sothy/AFP)

Human Rights Watch is urging Cambodian authorities to end a “de facto ban” on street protests and to unconditionally release environmental activists who were detained after taking part in peaceful protests calling for the release of a jailed trade unionist.

Protesters have claimed government bureaucrats were deliberately making it difficult for organizers to obtain the appropriate permits to stage peaceful demonstrations.

“The Cambodian authorities’ latest wave of arrests of activists shows a highly disturbing disregard not only for freedom of expression and assembly but for land rights and the environment,” Robertson said.

Authorities have arrested 14 people since August for organizing or taking part in peaceful protests. Eleven were held for calling for the release of detained union leader Rong Chhun, who was arrested after accusing Vietnam of land grabbing in Cambodia.

Khmer Thavrak has also backed protests in support of Rong Chhun. Mother Nature has opposed the rapid clearing of forests and environmental damage caused by developers and has also taken part in protests, which have been rare since elections in 2018.

The main political opposition party, the Cambodian National Rescue Party (CNRP), was banned from contesting that poll alongside a government crackdown on dissent and the independent press, resulting in the long-ruling Cambodian People’s Party (CPP) winning all seats contested.

“The authorities should immediately free all those wrongfully detained and Prime Minister Hun Sen should end the de facto ban on critical protests in Phnom Penh,” he said. 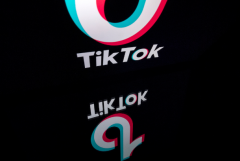 “These recurring abuses make it all the more important that the UN Human Rights Council adopt a resolution that increases UN monitoring and reporting on human rights in Cambodia by the UN High Commissioner for Human Rights.”

The United Nations special rapporteur on Cambodia, Rhona Smith, has also criticized the arrests, saying Cambodian officials should ensure activist rights are respected and create an environment in which individuals are able to exercise their rights.

The Swedish embassy in Phnom Penh has publicly expressed concern over the arrests and charges against the activists and stated it was closely monitoring events.