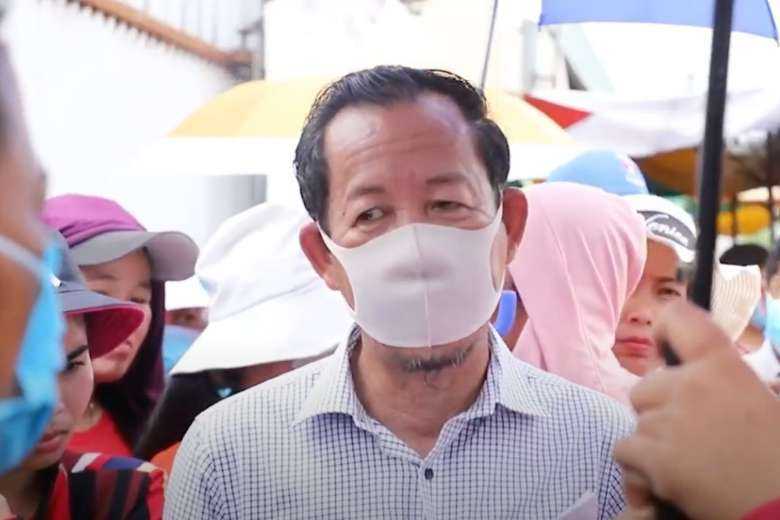 Civil society groups are calling on Cambodian authorities to drop “politically motivated charges” brought against trade union leader Rong Chhun ahead of his next court appearance on Feb. 3.

“The international community must stand by these activists and call on the Cambodian authorities to halt their systematic campaign of weaponizing the courts to silence critical voices,” said Josef Benedict, a researcher with CIVICUS, the World Alliance for Citizen Participation.

Chhun was charged with incitement under Article 495 of Cambodia’s Penal Code for allegedly spreading fake news after telling Radio Free Asia that Vietnamese soldiers had placed border posts 500 meters into Cambodian territory and expelled villagers from their land.

As president of the independent Cambodian Confederation of Unions and a member of the Cambodia Watchdog Council, he has been a vocal rights defender and has raised concerns about the plight of farmers and workers’ rights.

He was released on bail on Jan. 20 when his trial got underway. He was arrested on July 31 last year after 30 police officers entered his home.

“Rong Chhun’s arrest last year sparked a chilling wave of arrests in an escalation of attempts by the authorities to intimidate activists and silence all forms of dissent,” Benedict said, adding this had highlighted “the rapid deterioration of human rights in Cambodia.”

Authorities made waves of arrests throughout 2020 after opposition leader in exile Sam Rainsy attempted to return to Cambodia in late 2019 saying he would lead a popular uprising and unseat Prime Minister Hun Sen.

That attempt failed and a crackdown focusing on supporters of the banned Cambodian National Rescue Party followed (CNRP) followed, but others were also caught up in the dragnet, including trade unionists, journalists, bloggers, environmentalists and even rappers.

Most have been charged with incitement, others with additional charges like treason, which carries a prison term of up to 12 years.

Rapper Kea Sokun was arrested in Siem Reap on Sept. 10 and charged with incitement under Articles 494 and 495 of the Cambodian Criminal Code.

He is understood to have been targeted as the result of a song he released in April called Dey Khmer or Khmer Land, which is about the politically sensitive topic of the Cambodian-Vietnamese border.

“Research undertaken by the CIVICUS Monitor shows that laws are routinely misused in Cambodia to restrict civic freedoms, undermine civil society and criminalize individuals’ exercise of their right to freedom of expression,” Benedict said.

Other groups, including the International Labor Organization and Human Rights Watch, have joined a chorus of civil rights groups calling on the government to release those arrested.

“The authorities must also cease all forms of judicial harassment against them and release all those detained immediately,” Benedict added.